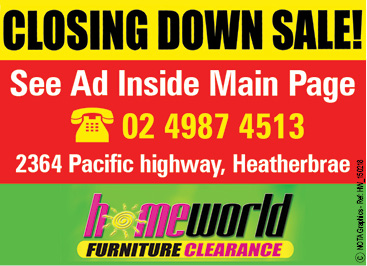 Against the backdrop of demands by local residents for a local high school for local students that has been going on for decades, this latest concern is no comfort to those who have already expressed their need for a Medowie-based high school.

Recent questions have been asked, if there are sufficient buses available for Medowie students travelling to Irrawang.

Member for Port Stephens, Ms Kate Washington told News Of The Area, “The beginning of the school year has been a complete fiasco for these families and students.”

Parents have stated that their children have had to wait an additional 40 minutes for a service bus to arrive to take them to school, others have had to wait for over an hour, and others still have been told they cannot be driven to their designated bus stop due to overcrowding.

“Parents should have confidence that their children are being transported to school safely. We should never have a scenario where more than 30 kids can’t get on a school bus.”

A spokesperson from Hunter Valley Buses told News Of The Area, “There is adequate capacity on the buses currently servicing the Medowie-Raymond Terrace routes.”

“In the mornings there are four buses travelling the school route a few minutes apart with two more following at a later time.”

“However, there have been some issues relating to students trying to crowd onto slightly earlier buses in the mornings and an earlier school finishing time on Wednesdays.”

“To relieve this situation in the morning a crowded bus has been stopped, and some students have been asked to transfer to one of the other buses.”

“On Wednesdays, Irrawang High School finishes earlier than usual at 2.30pm rather than 3pm.”

“This has a flow-on impact on how buses are allocated for school and normal routes.”