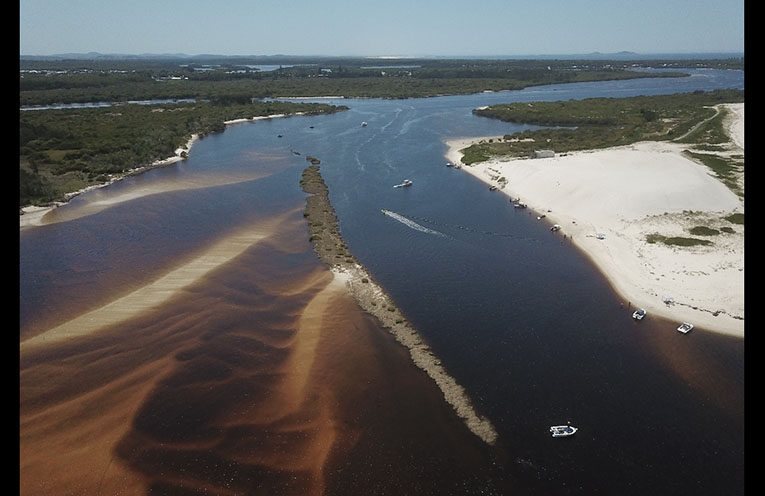 OUR thanks to Leon Katz who was able to get these shots of the Shortcut on Australia Day, hopefully a sign post for the next dredging campaign.

The first shot at low tide shows the river is still tainted from the heavy rainfall some months ago.

The build up of sand between the rock wall is significant and likely to close off the flow in near future which will improve flow through the natural channel.

The other shots clearly show the sand build up between Corrie Island and the ballast wall.

Their removal should have two benefits in protecting the exposed Corrie shore (coffee rock foundation) and improving water flow through the natural channel.

It is the sand islands in the middle of the outlet which should be the target of the next dredging campaign.

Their removal will extend the life of the opening, sand spoil could be used to protect the Corrie shore as well as used on the stockpile.

Leon has suggested he should be able to provide a monthly series of shots which will be most appreciated. 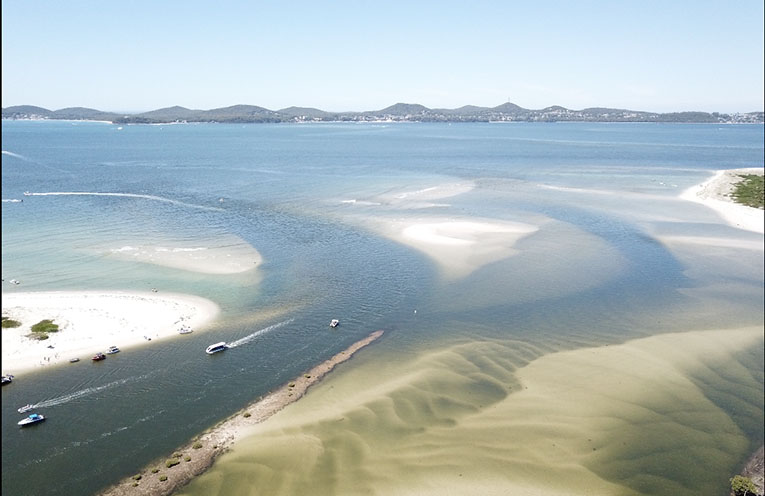 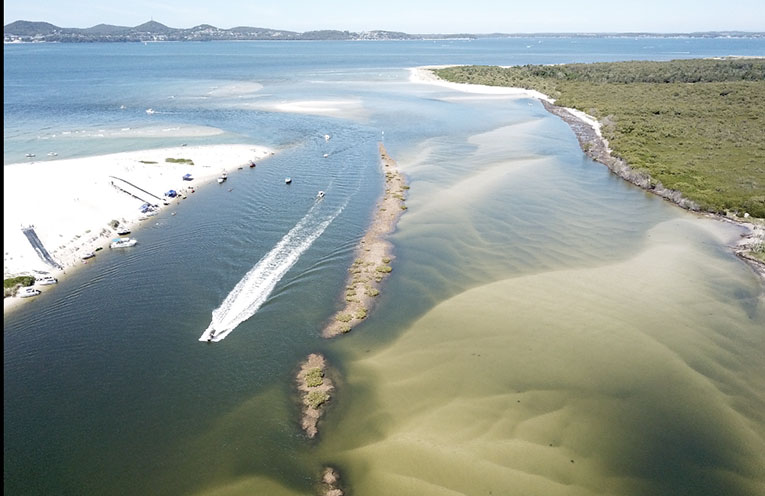 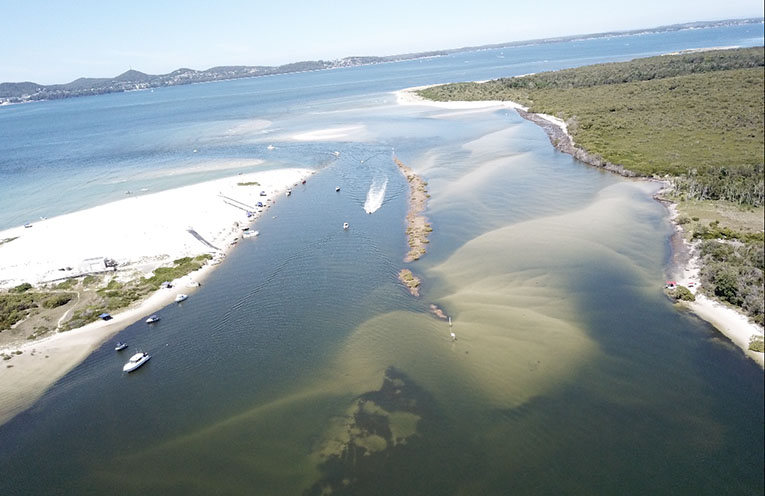 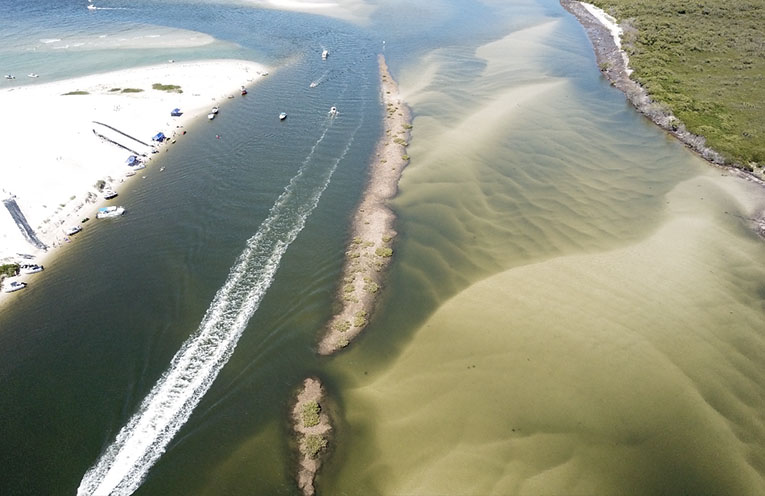