The Hunter will be a trial site for a specialist Domestic Violence and Sexual Assault Court under a Labor Government –as part of a plan to streamline the criminal justice system and provide better support to the victims of these horrendous crimes. 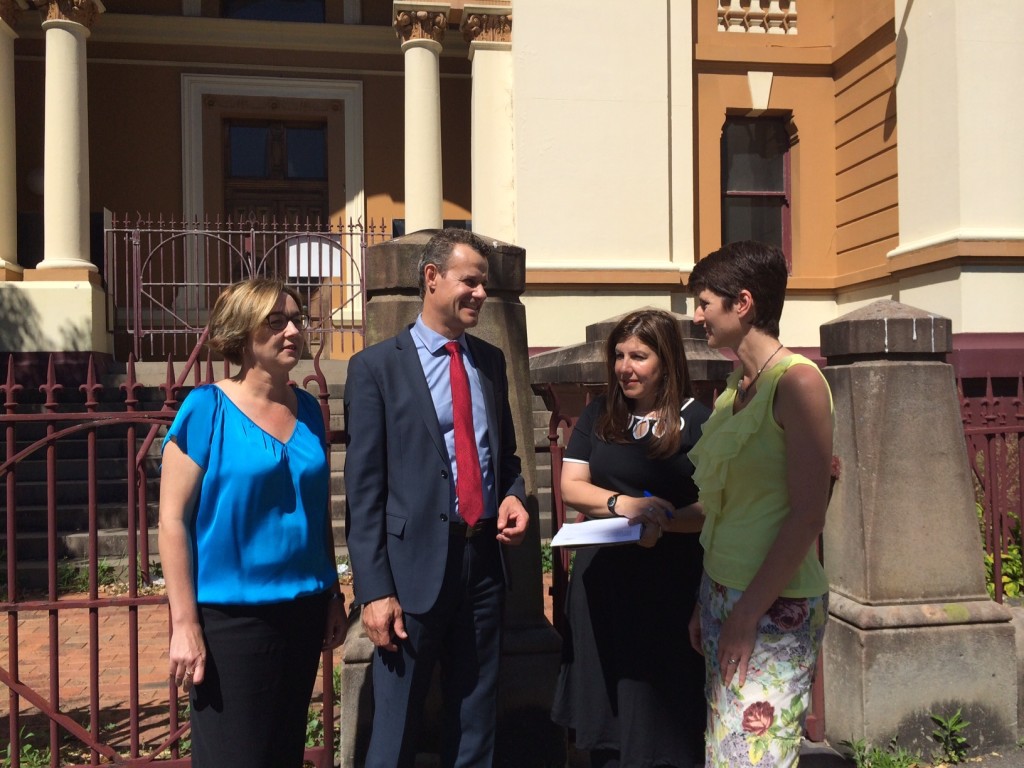 Labor has announced that if elected it will introduce specialist domestic violence and sexual assault courts.

Shadow Minister for Women, Sophie Cotsis, was joined by Kate Washington, Labor candidate for Port Stephens, in Newcastle to make the announcement.

These courts already operate in many jurisdictions around the world – and provide a number of advantages including reducing the trauma experienced by victims of these crimes.
Labor is committing to establish:
 a specialist Domestic Violence and Sexual Assault court in the first term of a Labor Government;
 an expert committee which will advise on the best model for the courts; and
 a metropolitan trial site in Sydney and regional trial sites in the Hunter and the Illawarra.

These specialist courts will offer greater consistency and efficiency in the handling of domestic violence and sexual assault cases. They will provide an improved experience for victims and an improved justice system that will lead to better outcomes, including higher rates of reporting, prosecution, convictions and sentencing.

These courts will also develop specialist knowledge, best practice and improve procedural measures through feedback from victims, legal practitioners and other court users.

“The prevalence of domestic violence and sexual assault is a national crisis– and is sadly widespread here in the Hunter region,” Shadow Minister for Women Sophie Cotsis said.

“Domestic violence related assaults are at alarming levels in the Hunter – with more than 2,700 cases reported in the past year alone. Add to that around 1,200 cases of sexual assault, indecent assault, acts of indecency and other sexual offencesand it is clear we are at crisis point.

“Reducing domestic and sexual violence will be top priority for a Labor Government – and these specialist courts will supportvictims and bring perpetrators to justice as quickly as possible, in a way that minimises trauma to the victim.

“We have seen the success of specialist drug courts in decreasing likelihood to reoffend – a specialist domestic violence and sexual assault court is an important next step.

Labor Candidate for Port Stephens, Kate Washington, said: “As a lawyer, I know too well that the current Court system is not effective in dealing with these types of cases. A specialist Court will provide a much better forum in which victims can be supported. I’m delighted that Newcastle has been chosen as a trial site because it will be a resource available to residents of Port Stephens’.