A FUN day on the green has raised some much needed funds for the local Rural Fire Service.

Tea Gardens and Pindimar RFS units, in conjunction with Hawks Nest Golf Club, hosted the RFS Sheargold Charity Golf Day, the second year that this particular event has been organised. 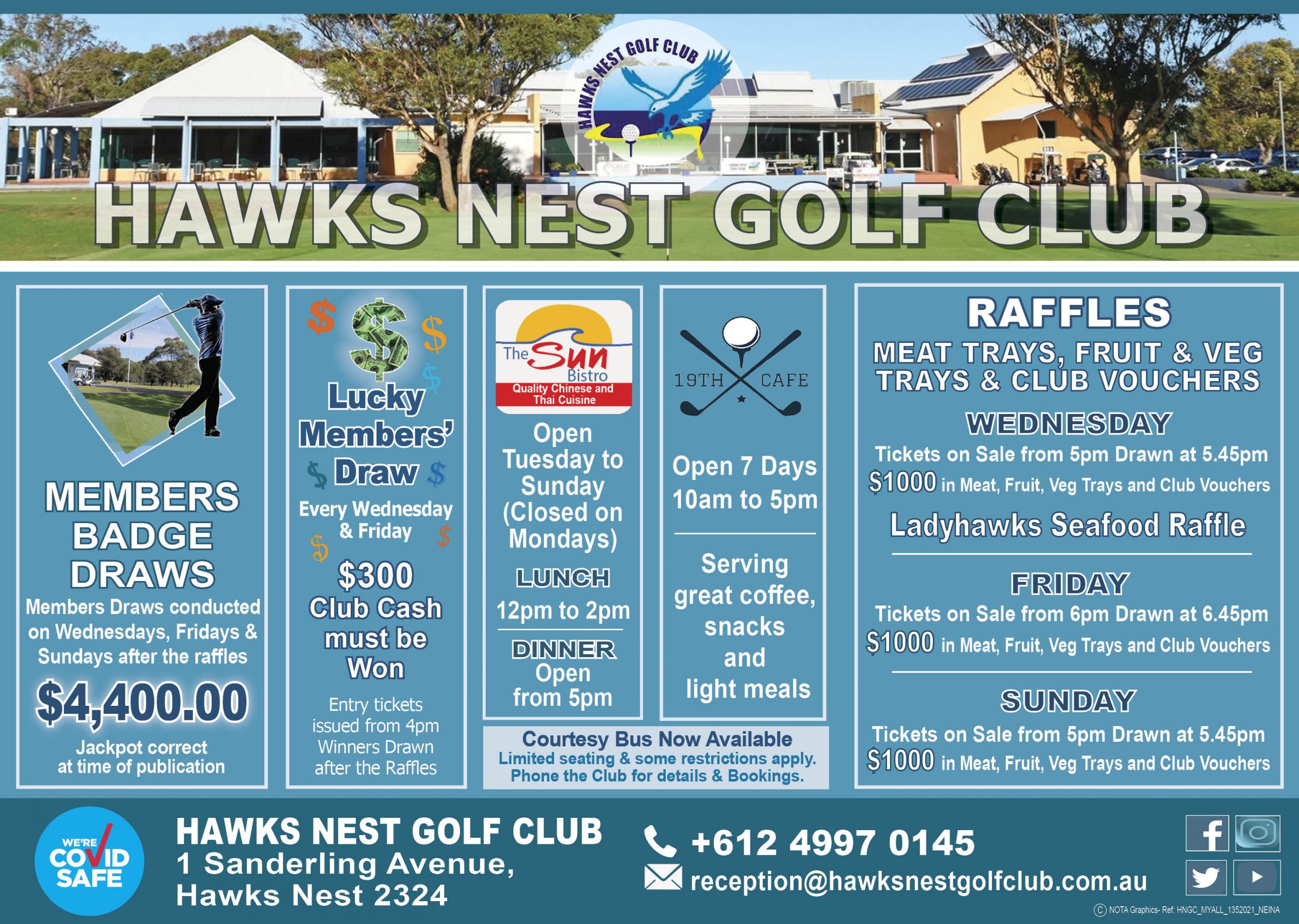 “We put it (the 2020 charity golf day) all together in 10 days and approached various businesses for sponsorship,” he explained.

Mr Acret told News Of The Area, “After the success of last year, the club decided to make it an annual event.

“Club members and the community really got behind it this year which resulted in a field of 130 players on the day.

“This contributed $6,500 to the total amount raised with 100 percent of the entry fee going to the RFS,” Mr Acret said.

“The support from the Hawks Nest Golf Club was outstanding, the whole team put in a huge effort to ensure a successful day.

“Some of the funds will be used to upgrade our communication equipment, and to replace the lockers in Tea Gardens RFS Station,” Mr Bright said.

Thankfully, this year there have been no fires, but players and sponsors were still generous.

The initiative this year has raised over $27,000 – and still counting.