A MEETING of four local blueberry growers 20 years ago led to a decision to pack and market their product together from a small shed in Woolgoolga.

Within three years there were 18 growers on board, which quickly led to the group purchasing and building their first purpose built packing facility and employing over 100 staff during peak season.

By 2009 the cooperative was producing over 600 tonnes of blueberries a year and began hiring more permanent local staff.

In 2013 the group formed a cooperative which allowed growers to focus on farming and led in 2015 to a partnership with Driscoll’s and opening a new modern packhouse in Isles Drive Coffs Harbour.

OzGroup remains 100% farmer owned and has grown now into being collectively one of the largest blueberry producers in Australia and represents a commitment of over 140 individual growers on the Coffs Coast to work together.

Packaging over 65 million punnets of berries each year and having farm gate sales closing in on a quarter of a billion dollars was truly unimaginable for those four growers but is testament to the commitment of growers to continue to build the cooperative together.

The Chairman of Oz Group Board of Directors, Satpal Singh Gill said, “To dream that we would employ over 150 full time equivalent staff and have over 2000 pickers on farm was unimaginable.

“Over the last 20 years we have proven that the impossible is possible with hard work, dedication and collaboration.

“Our partnerships in local and regional business have allowed us to continue to build on our success and we hope that our continued success is celebrated across the Coffs Coast.”

OzGroup recently held a celebration dinner for their growers and special guests including state and federal members of parliament, valued staff and business partners, where many stories of the early days were shared, and plans made for the continued success of the cooperative long into the future. 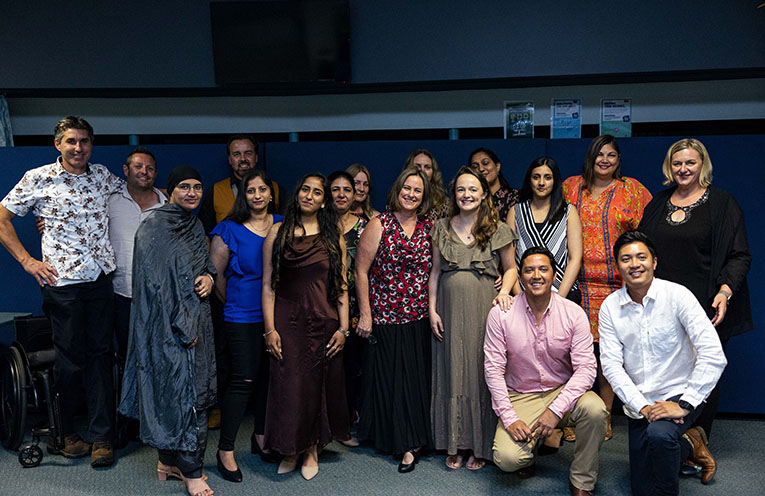