LOCAL business and community groups are concerned a proposed ban on recreational fishing in 25 New South Wales Marine Parks may be extended to include the Myall Coast. 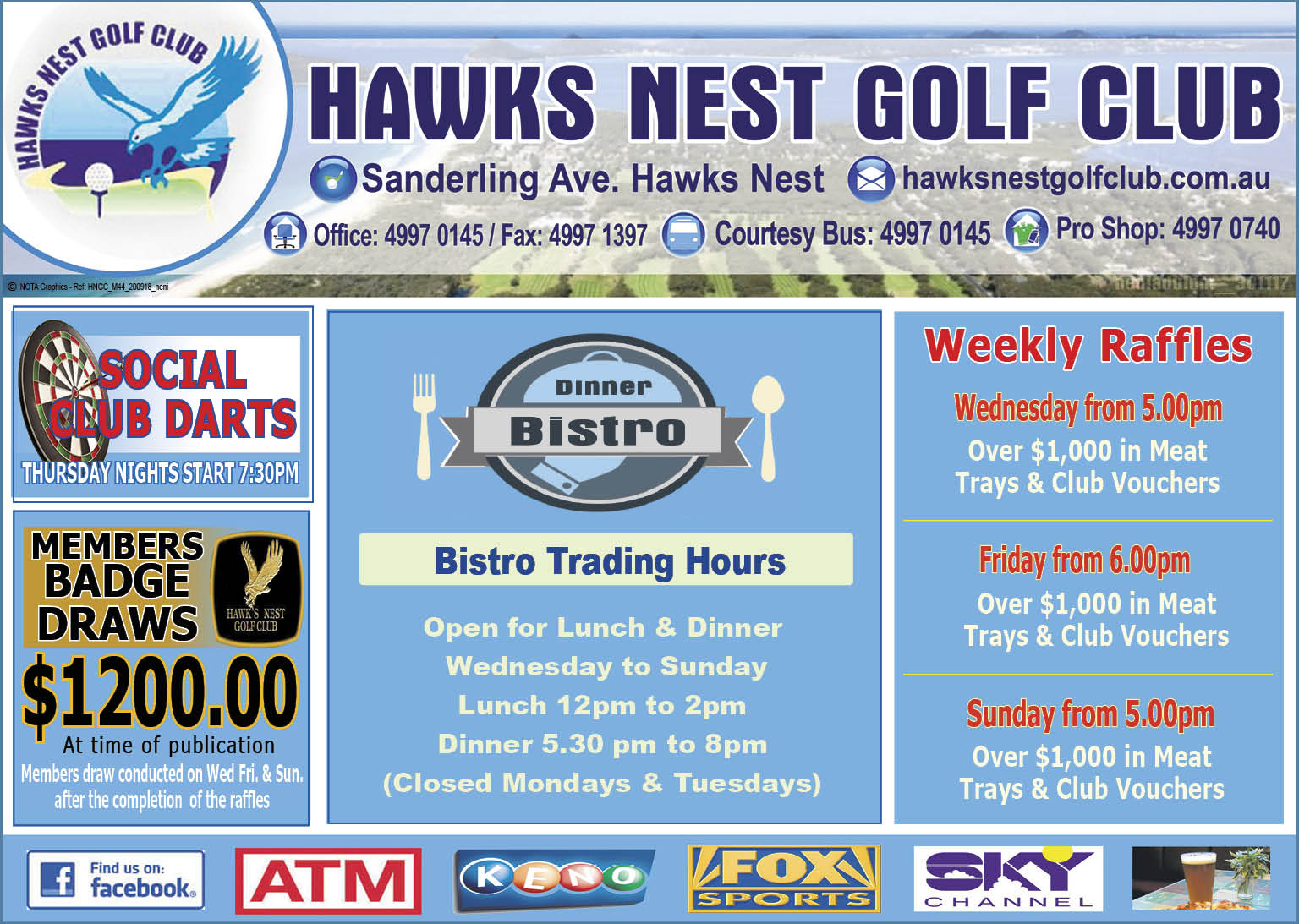 The policy, generated by the NSW Department of Primary Industries involves Marine Parks from Newcastle to Wollongong and would ban recreational line fishing in places such as Sydney’s Camp Cove, the southern end of Bondi Beach and the north end of Coogee Beach.

Paul Viera from Tea Gardens Marine and Tackle said, “It’s not only our business that will suffer, its tourism in general.”

“People come to Tea Gardens knowing they can throw a line in, if they can’t do that, they won’t come,” Michelle Carter said.

There are 850,000 fishing permits issued in New South Wales every year.

That does not include groups such as pensioners, disabled pensioners, veterans and those under 18 years of age, who are exempt.

A number of petitions are being circulated around Tea Gardens and Hawks Nest, ahead of the end of the Government’s public consultation period on Thursday 27 September.

A public forum was also held in Forster last week.

While environmental groups have generally welcomed the ban, the State Government is believed to be rethinking the proposal following the voter backlash in the recent Wagga Wagga by-election rout.