A pair of pups with a dogged sense of justice has contributed to a court case today in relation to a robbery at a pharmacy in Orange. 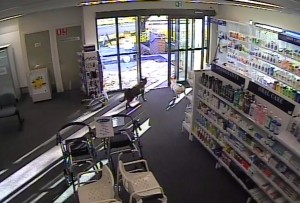 Police will allege in court that at about 8.20am on Wednesday 6 May 2015, a man entered the pharmacy on Peisley Street, assaulted an employee and then demanded drugs from the safe.

After being given a quantity of drugs, the man rode from the scene on a push bike.

The employee was not injured.

Two dogs were seen on CCTV footage inside the pharmacy at the time of the incident and following the bicycle afterwards. 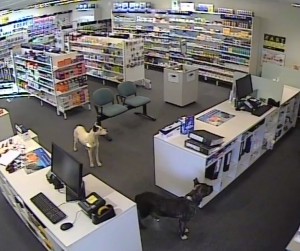 As a part of inquiries into the robbery, police spotted the dogs in a local park. Officers from Canobolas Local Area Command followed the animals.

A search warrant was executed at premises where the dogs led police. Items believed to be stolen were recovered.

A 36-year-old man was arrested and charged with aggravated robbery. He was refused bail and will face Orange Local Court later today (Friday 8 May 2015). 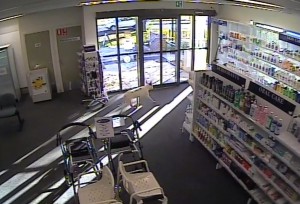