MILLIONS of the nation’s lowest paid workers will get a weekly pay rise of $22.20 from 1 July. 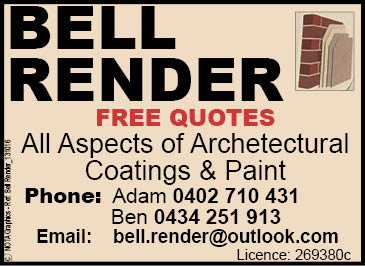 Under the decision from the Fair Work Commission, the 3.3 percent increase equates to an additional 59 cents an hour, lifting the minimum weekly wage to $694.

But for many workers, the cuts to weekend penalty rates from 1 July, will almost negate the pay increase.

“In my early 20s, I loved that I could work weekends and get a great hourly pay rate as opposed to working through the week,” he said.

“From a business point of view, the change is welcome in winter months when things are much quieter, but at the same time, I understand that employees do need to work weekends, which is time away from their families.”

In the local tourism environment, Les said some businesses have reduced their winter trading hours to avoid running at a loss.

“In the quieter months, takings can be less than a quarter of what we get in summer,” he said.

“Most businesses still see people roll in during winter, but nowhere near as many as summer, and we still need to encourage people through our doors to cover expenses.”

Owner of Bulahdelah’s Riverside Café, Troy Harvey, said many businesses remain open during offseason weekends to maintain services in the community, despite struggling to afford the high penalty rates.

“Many are just small family-run businesses who are not making a profit during winter, just paying wages,” Troy said.

“Our peak season is from October to March, but It doesn’t matter when you are open, the running costs are always the same.”

For juniors working Sunday shifts, Les said the reduction in penalty rates, “will only make a difference of a dollar or so”.

“It is not going to impact upon their wages as much as it will for senior staff,” he said.

Sunday penalty rates will be cut by five percent from 1 July, with further cuts over the next three years.