THIS week the PBL community of Raymond Terrace and surrounds with the support of MarketPlace won the Statewide Public Education Foundation Awards for Excellence. 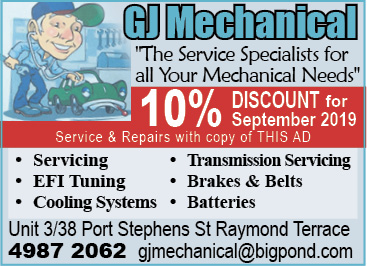 It was back to business as usual for the Thursday evening award ceremony held weekly at MarketPlace.

Having begun in Guides in 1970 before moving to Scouts, Ms Hogno has an enduring connection to the Scouts movement.

Ms Hogno said, “I am passionate about the importance of getting children away from the electronics and into the outdoors, where they can test themselves in a safe environment.”

Elsie Handsaker, Grahamstown Public School: For displaying respect and responsibility by ensuring younger students got to their events throughout the Port Stephens Zone Athletics Carnival.

Dee-jay Willis, Karuah Public School: For displaying respect, responsibility and pride during the 5/6 camp. Dee-jay had impeccable manners and behaviour at all times during the amazing trip to Sydney.

Isobel Wallbank, Raymond Terrace Public School: For acting responsibly and showing respect while representing the school at the Hunter Dance Festival in Newcastle.

Connor McAllen, Hunter River High School: Nominated for exceptional leadership, his positive approach and the caring manner in which he spoke to younger students during NAIDOC celebrations at Raymond Terrace Public School. He demonstrated pride and maturity, engaging the audience, as he danced and played the didgeridoo.

Zoie Curran, Medowie Public School: During open classroom visits as part of Education Week celebrations, a grandparent lost their wallet. Zoie found the wallet and handed it in to be returned to the rightful owner.

Hayden Thompson, Irrawang Public School: Hayden was nominated by a parent that witnessed him obeying the road rules and playing it safe on his way home from school. That is being a safe community member.

Cora Middleby, Salt Ash Public School: For assisting her friends to the sick bay when they were feeling unwell. She always demonstrates our school PBL values of being a positive, respectful and safe learner.