Last week, Bulahdelah resident Linda Richards posted a photo on the Bulahdelah Community with the simple caption, “Anyone own this pig?” 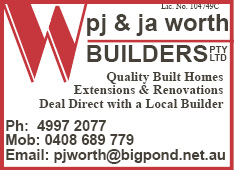 Ms Richards said that her husband was the one who had called her to come outside to look at the pig.

“I went out and saw this friendly pig.”

“We all gave him a pat and an apple, he took a few bites and didn’t want the rest.”

“He ended up running up Harold Street into the long grass when the owners from two doors up came home looking for him.

“Glad he is reunited with his owner,” she said.

Needless to say, the community had a little fun with the unusual animal sighting.

Katheryn Smith said, “He is off to the market – love it, only in Bulahdelah,” with Ms Richards responding, “Different to a lost dog hey.”

Beejay Freihaut chimed in with, “Hide it from dad lol, could end up as dinner.”

The pig continued down Harold St, heading up to front doors in his curious wander.

Ms Richards continued the jest, posting a photo of the pig at a front door with the caption, “He knocked but no one home lol.”

Through the range of speculations, laughter and comments about dinner and bacon, owner Ben Partridge posted, “I’ll be there in ten minutes,” followed soon later by a photo of the pig snug at home with its stuffed animals.

“All good, thanks everyone, he’s happy again with Melvin and Alex,” Mr Partridge said.