The three judges who deliberated over the recent Myall Coast Pet Show have described the entrants as ‘First Class’. 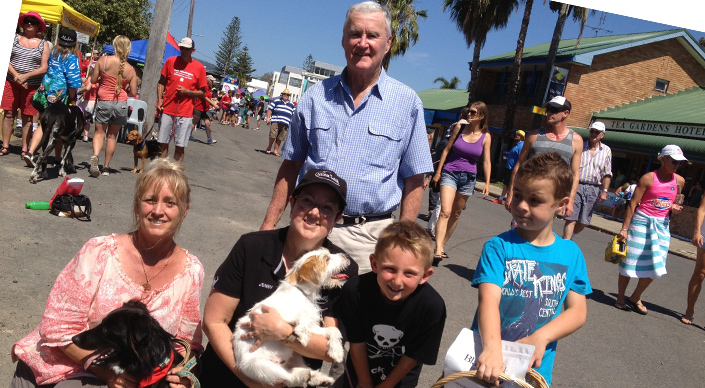 Organiser Sharon Beatson, Peter Sinclair and Jenny Withey from Noah’s Ark Vets Medowie, were unanimous with their comments pertaining to the fact that there are many animal lovers within the local community.

“The little boy whose dog won Best In Show is Isaac Mitchell and he is 8 years old,” Sharon told Myall Coast News.

“His dog’s name is Sally and she is a 6 month old Jack Russell,” she said.

“This talented Jack Russell firstly won the waggiest tail category and then took out the big prize, based on the judges decision and the crowd applause,” Sharon said.