Police conducting an investigation into child abuse material offences are renewing their appeal for information to locate a man wanted on outstanding first instance warrants. 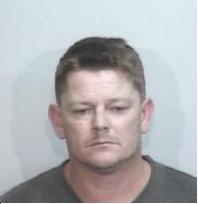 Detectives are appealing for public assistance to locate 47-year-old Peter Dewall, who police would like to speak to as part of an investigation into child abuse material offences.

Peter Dewall is described as being of Caucasian appearance, about 175cm tall, of medium build and has light brown hair and hazel eyes.

Detectives believe Mr Dewall frequents Grafton and may currently be residing in the area. He is also known to regularly visit the Lismore area.

Anyone who sees Mr Dewall is urged not to approach him but instead contact police immediately via Triple Zero (000).