DOZENS of police with a passion for bowling took to the greens of the Tea Gardens Country Club last week for a two-day gala event. 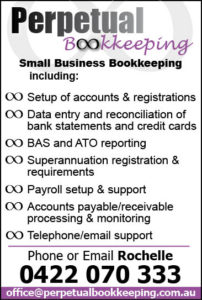 Bowler and Director of the Country Club, Danny Johnson told News Of The Area, “We had 16 teams this year, it’s our second year of the tournament and it’s just getting better and better.”

“We had retired and still serving officers and we also invited other bowling clubs from around the State to join in.”

Teams came from all over New South Wales from as far north as Coffs Harbour to Gunnedah, Goulburn and Sydney.”

The event was sponsored by the Burton Family Toyota at Maitland and Port Stephens and with $5,000 in prize money up for grabs, competition was fierce.

Unfortunately for the bowlers, the second day of the tournament was washed out but it didn’t dampen the spirits as they all tucked into a delicious lunch put together by four of the wives who’d volunteered their services.

“We were in the kitchen from 6.00am, both days we served breakfast and lunch,” Sue Johnson said.

Club General Manager, Warren Gooley said, “It encourages the retired police officers to stay in touch with other officers through sport.”

“Hopefully the tournament will continue for many years.”

Danny Johnson, himself a retired officer with the Australian Federal Police summed it up, “It’s just like having a big family.”