Police have released CCTV images of two men who may be able to assist after an alleged aggravated robbery at Taree earlier this week. 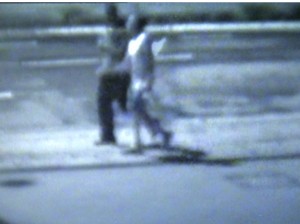 About 1am on Monday 8 December 2014, a 32-year-old Taiwanese national man, was approached by two men near a motel in Victoria Street who asked him for a lift home.

The men entered the car and as they neared railways tracks asked the driver to pull over. As the car stopped one of the men grabbed the driver’s wallet from inside the car and ran from the car.

When the driver attempted to chase them he was struck across the face with a beer bottle, causing it to smash. Both men left the scene and the 32-year-old victim was able to drive to Taree Police Station where he was taken to Manning Base Hospital by ambulance. 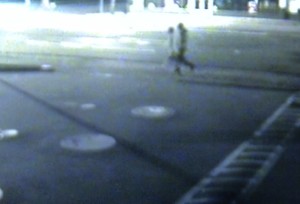 The man suffered serious injuries including a fractured jaw and significant lacerations to his face. He was transferred to John Hunter Hospital for treatment before being released.

Police have released CCTV images of two men who they believe may be able to assist in the investigation.

One man is described as being of Caucasian appearance, aged in his 20s, about 170cm tall and 70kgs with a thin build and short dark hair and a dark short beard.

The other man is also described as being of Caucasian appearance and aged in his 20s, about 160cm to 170cm tall. He also had a thin build with short light brown hair and had a colourful sleeve tattoo on one of his arms.

Both were wearing shorts and shirts which are not further described.

Police are urging anyone with information in relation to this incident to call Crime Stoppers on 1800 333 000 or use the Crime Stoppers online reporting page: https://nsw.crimestoppers.com.au/ Information you provide will be treated in the strictest of confidence. We remind people they should not report crime information via our Facebook and Twitter pages.