AFTER three false starts Woolgoolga’s popular Beach Markets returned from its COVID-19 induced cessation on Saturday 13 February, much to the delight of Woopi locals and visitors to the area.

The long awaited market was set to resume on 12 December after the market was forced to close in March 2020 due to COVID-19 public health order restrictions and Coffs Harbour City Council works being undertaken on Woolgoolga Beach Reserve, however rain spoiled the anticipated December return.

Rain again spoiled future dates set for the markets to return on 27 December, and again in January.

After being rained out for the last three scheduled markets, Market coordinator Susie Robson was extremely relieved that the rain on Saturday held out until the end of the markets.

“The two (markets) that we had in December we were drowned out, and the January one was the same,” Susie said.

“The weather was kind to us (on Saturday), it just held until the last lot of stallholders packed up around 2-2.30pm, and down she came.”

Susie now hopes the monthly market will run regularly each month in 2021, with the next market scheduled for Saturday 13 March.

“The stallholders are keen to get back on track again,” Susie said.

“We had just on 40 stallholders (on Saturday) and we are looking at getting more stallholders.”

Susie said Saturday’s market was an “interesting” market, with a few new stallholders including some showcasing crystals, dream catchers, soy candles, and even an American style bbq stall.

“Everyone was just really excited to be back,” Susie said.

The popular markets are held on the second Saturday of every month from 7.30am. 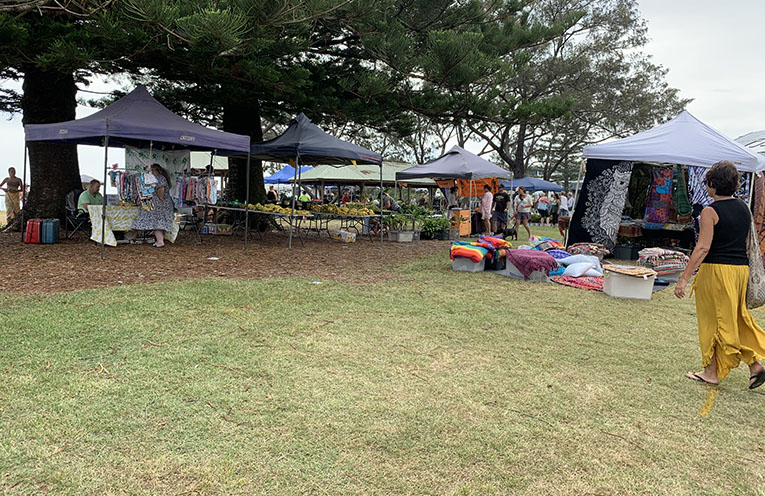