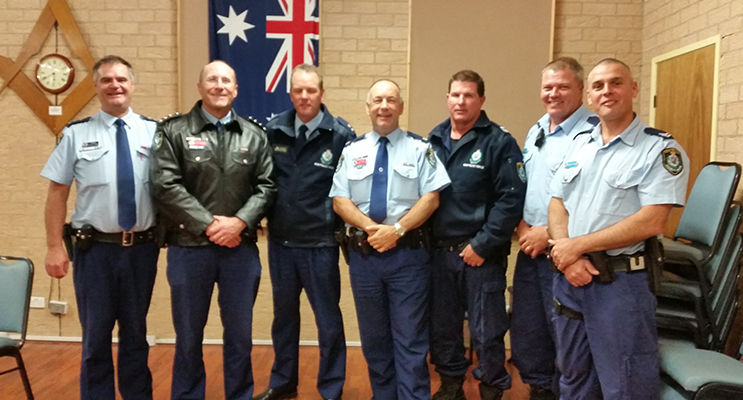 The two hour meeting in the Masonic Hall was well attended with locals eager to hear what police had to say and to voice their own concerns.

“This is an ongoing initiative,” Commander Craner told the News Of The Area.

“Every six weeks, police teams will travel to different areas in the Port Stephens region to hold community meetings and hear first hand what’s troubling residents and what locals can do to help police,” he said.

Commander Craner was very excited by a proposal put forward by the local Scouts to use their refurbished hall in Hawks Nest as a possible venue for a ‘police and youth boxing initiative’ which has proved so successful in Sydney.

“This would never have happened, had we not had this meeting,” said Commander Craner.

“We are bothered, if we are NOT bothered,” said Tea Gardens Senior Constable Rob Wylie.

“We want the community to talk to us, to be our eyes and ears and report incidents that are out of the ordinary to ensure that we continue to live in an area where the crime rate is relatively low.”

Inspector Brian Tracey, from Port Stephens, said they will also investigate the possibility of a holding a meeting with the community to focus on the best ways to make your home safer.

“Sometimes it can be as simple as locking your screen door,” he told News Of The Area.