WHEN people think of homelessness they tend towards stereotypes.

Perhaps we think about substance abuse, older men or think it could never happen to us or anyone in our circumstances. 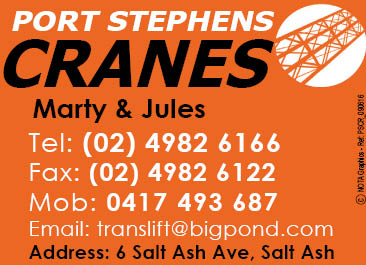 However the stereotypes are not the reality of homelessness in Australia in 2022.

The Mercy Foundation tells us, “Older women are the fastest growing group to experience homelessness in Australia.

“The 2016 Census reported that the number of women over 55 experiencing homelessness increased by 31 per cent to 6,866 compared with 2011,” said a statement from the foundation.

“This is an alarming statistic. This figure (for older women) is almost double the growth rate for people experiencing homelessness in Australia.

“According to the last Census, the total number of people experiencing homelessness in Australia grew by 14 per cent to 116,427,” the statement said.

“Research shows that most of these women have never been homeless before.

“This person could be your sister, aunt, mother or grandmother.”

Local housing groups and community organisations in Port Stephens have come together to tackle the growing issue of homelessness, hosted by local MP Kate Washington and Shadow Minister for Housing and Homelessness, Rose Jackson.

More than 15 local groups attended a roundtable discussion in Medowie, prompted by the worsening housing situation across the Hunter region.

Attendees said the lack of social housing in Port Stephens, combined with the rapidly increasing cost of private rentals, is leaving vulnerable people to fend for themselves, and is even forcing double-income families onto the street.

“Instead of waiting around for the government to find a conscience, I’ve brought all the local players together to see if we can find some local solutions.

“Every day, I hear from local people, local families who have nowhere to go. It’s tragic, and something has to be done,” she said.

“The lack of social housing affects the entire community.

“It forces people onto the street, for a start.

“But it also forces people into the private rental market, which drives those costs up even further for everyone else,” she said.

“So, private rentals in Port Stephens will continue to get more expensive until we build more social housing options,” said Ms Washington.

Shadow Minister for Housing and Homelessness, Rose Jackson, said: “It’s fantastic to be in Port Stephens with local MP Kate Washington to talk about the regional housing crisis.

“Kate has been proactive in inviting local stakeholders to come together and discuss potential solutions, it’s been excellent to share ideas on a path forward.”

Jackson said she believed the situation had reached crisis point.

If you or someone you know is experiencing homelessness these organisations may be able to assist you.