THE IPART submission for a rate rise in Port Stephens has been rejected. 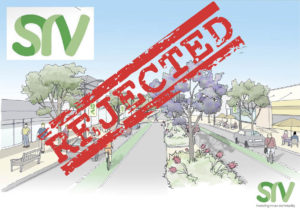 The Independent Pricing and Regulatory Tribunal (IPART) in handing down its decision wrote, “We found that the proposed SV expenditure is not required to reduce the Council’s infrastructure backlog to reasonable levels.”

“We will continue to work hard for the residents of Port Stephens to find an alternative funding sources for your important projects.”

Mr Giacomo Arnott, who has been one of the most vocal opponents to the rate rise wrote on this official Council profile, “Council now has to live within its means and work out its priorities alongside our community going forward.”

Mr Arnott, spoke to News Of The Area saying, “I’m glad that local businesses can now plan for their futures without Council’s $700 a year rate increase looming overhead.”

“Thank you to everyone who took the time to write submissions on multiple occasions.”

“It often felt like we weren’t being listened to, and I’m glad that IPART has shown that these submissions are worth something and have made a huge difference.”

When asked how Council, which has been fractured over the rate rise issue will now work together, Mr Arnott said, “I will be continuing on with business as usual, listening to our community, acting on their behalf, and doing what’s right for Port Stephens.”

The decision by IPART means that rates can increase only by the 2.7% rate peg.

More than 680 submissions were received by IPART, with the majority opposed to or raising significant concerns over the large proposed rate increase, the proposed expenditure, and affordability.

IPART Chair Dr Paul Paterson said, “In making these assessments, we have considered whether there is a genuine financial need for additional revenue for a council to be financially sustainable, and to fund future infrastructure projects or asset renewal requirements in their regions.”

“We also look at efforts made by the various councils to reduce their costs and identify other sources of revenue, as well as the capacity and willingness of ratepayers to pay the requested increase.”

“In the case of Port Stephens we found that the impact on ratepayers is not reasonable due to the absence of a strong financial need and demonstrated willingness to pay for the proposed works.”

Dr Paterson also noted, “There is a mismatch between the priorities of the Council and many of its ratepayers.”

“It was not clear that the additional revenue is needed to meet infrastructure backlog or renewal requirements, and a significant majority of ratepayers were not willing to pay for the works the Council proposed be funded by the special variation.”

Council can make a new application in the future for a special variation if they decide to.

The full IPART report can be viewed at https://www.ipart.nsw.gov.au/files/1aa87fd2-38b8-4c4e-8eb6-0aae698ba360/LG-Determination-Port-Stephens-Councils-application-for-a-special-variation-for-2019-20.pdf