COULD Port Stephens be home to the cutest baby animal in captivity in Australia? 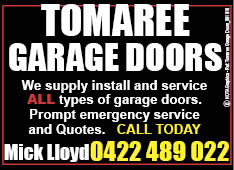 Dash the Brown Banded Bamboo Shark pup is in the running to win a national competition to find the cutest baby animal and you can help Port Stephens’ own Dash win!

Before Dash was born his egg was becoming buoyant which endangered his life.

Irukandji Shark and Ray Centre’s Marine Biologist Ryan Pereira designed an artificial egg for Dash in which he finished his last two weeks prior to hatching right into Ryan’s hand.

The odds were certainly stacked against this shark whose species is listed as near threatened.

Dash and his siblings at Irukandji Shark and Ray Centre are part of a breeding project.

Lia Pereira of Irukandji Shark and Ray Centre told News Of The Area, “We are very excited that Dash is doing so well and is a finalist in the competition.”

She believes it is very important that conservation happens now to improve the chances of threatened species.

“Around 80 percent of sharks and rays are threatened in some way,” she said.

There are several sharks and rays at the centre which are part of a breeding program including a newly hatched baby Epaulette Shark.

You can vote for Dash to win the completion at the Irukandji Facebook page.