BAE Systems at Williamtown was the site where the NSW Government made a commitment to the future of Port Stephens. 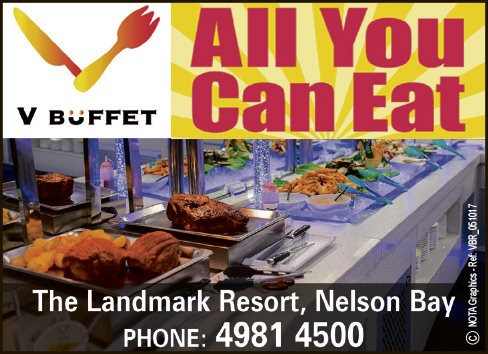 Deputy Premier John Barilaro told News Of The Area, “Regional NSW is the backbone of our economy which is why the NSW Government is committed to establishing this new Special Activation Precinct which will be a massive boost for regional industry and play a big part in stimulating the local economy in Port Stephens and surrounds.

“During these unprecedented times, nothing is more important than job security so the new Precinct announced by the NSW Liberals and Nationals will be terrific news for the people of Port Stephens.”

The Special Activation Precincts are about making it easier and more attractive for businesses to set up in regional NSW, create more jobs, and grow regional engine industries such as freight and logistics, renewable energy, advanced manufacturing, agribusiness, tourism, hospitality and defence.

“We estimate that these precincts will create at least 15,000 jobs across the regions, but we expect that number to climb.

The Williamtown precinct joins other hubs at Parkes, Wagga Wagga, Moree and the Snowy Mountains, creating a network of world-class hubs fueling regional economies for decades to come.”

It is anticipated that the Williamtown Special Activation Precinct will turbocharge the region’s growth as a national and international defence and aerospace hub.

The NSW Government will also explore 10,000 hectares around the Port Stephens local government area, including Newcastle Airport and surrounds, and will build on the Government’s existing $11.79 million investment into the Astra Aerolab precinct through the Growing Local Economies Fund.

The Deputy Premier also announced a $5 million commitment from the Snowy Hydro Legacy Fund for master planning and business case work for the Williamtown precinct, which will begin soon and involve extensive consultation with the community, local councils, businesses and industries.

This investment comes from the $4.2 billion Snowy Hydro Legacy Fund which is dedicated to delivering transformative infrastructure projects that will benefit regional NSW for generations to come.

Essential services that businesses need to operate will be provided by the NSW Government and may include roads and utilities such as water, electricity, stormwater, waste management and digital connectivity.

The project could spur upgrades to Newcastle Airport’s runway and terminal, the M1’s extension to Raymond Terrace and new road links to the airport and Port of Newcastle.

Paralleling the twin aerospace developments will be passenger growth at Newcastle Airport, with a minimum 2.6 million-passenger throughout expected by 2036.

The anticipated growth and expansion of passenger flights will be supported by improved public transport between the airport and city centre, as well as runway surface and freight-handling capacity upgrades.