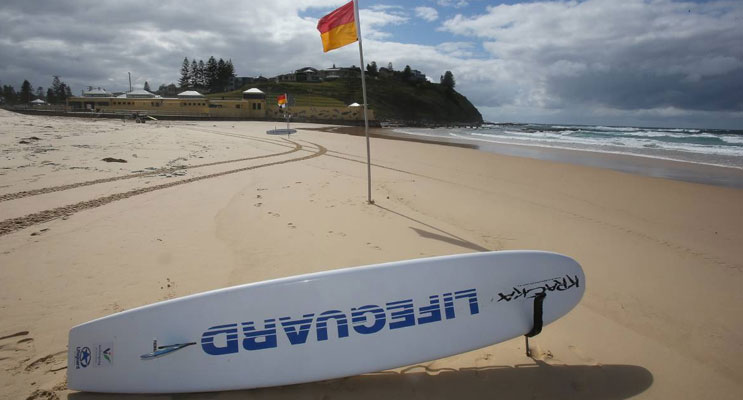 SUMMER is fast approaching and the Port Stephens Lifeguard Service, Council and local Surf Life Saving clubs have been hard at work preparing for the 2016/17 season.

Council’s Contracts and Services Coordinator, Ian Crawford said that everyone was looking forward to hitting the beach for another successful season.

“Last year was the first year of a new five year contract between Port Stephens Council and the Australian Lifeguard Service (ALS) where there has been significant investment into providing new lifesaving equipment – increasing the level of safety on our beaches.”

“The results speak for themselves which is really pleasing for everyone considering there were good attendances across all beaches and a low rate of incidences over what was a busy summer season,” he said.

This year, the Port Stephens Lifeguard Service will operate at One Mile, Birubi and Fingal beaches.

Volunteer lifesavers will be operating from Birubi and Fingal beaches on weekends commencing on Saturday 24 September, with all beaches patrolled seven days a week between 9am and 5pm.

Port Stephens Lifeguard Supervisor, Phil Rock said the lifeguard service would begin patrolling at One Mile on Saturday 24 September and Fingal and Birubi on Monday 26 September.

“Seeing the team back on the beach is a sure sign that summer isn’t far away and we’re all really excited about getting back to work.”

“We’ve spent the off-season reviewing statistics and improving our processes – we’ll be working closely with volunteer lifesavers to continue to educate beachgoers on how to stay safe at the beach.”

“For us, the message is always the same – take note of the conditions before entering the water; always swim between the red and yellow flags and follow the directions of lifeguards or lifesavers,” Phil said.

“Our lifesavers are always happy to give safety advice to beach goers if they’re unsure about surf conditions.”

“It’s important that parents stay close to their children, particularly if they are not confident surf swimmers and keep an eye on where they are in relation to the patrol flags,” she said.

Helen also added that surfboards (that includes foam boards with fins) are not allowed between the flags as this can put swimmers at risk.

This year, Birubi will also host round one of the Hunter Surf Life Saving Newcastle Permanent Series on Saturday 15 October.

“We’ve been in preparation for a couple of months now; making sure the club is ready to hit the ground running.

“Council has made a significant investment into equipment in recent years for both the ALS and volunteer lifeguards and we were able to see the benefit of that last season.

“We’re all looking forward to working with Council and the ALS to keep our beaches incident free this Summer,” he said.

“We’ll be hosting this year’s Hunter Branch Championships, the Hydrothon and the Summer of Surf – which replaces the Nutri Grain Ironman Series.”