TEN projects in the Port Stephens electorate will benefit from a share in $196,000 in grants thanks to the NSW Government’s Crown Reserves Improvement Fund. 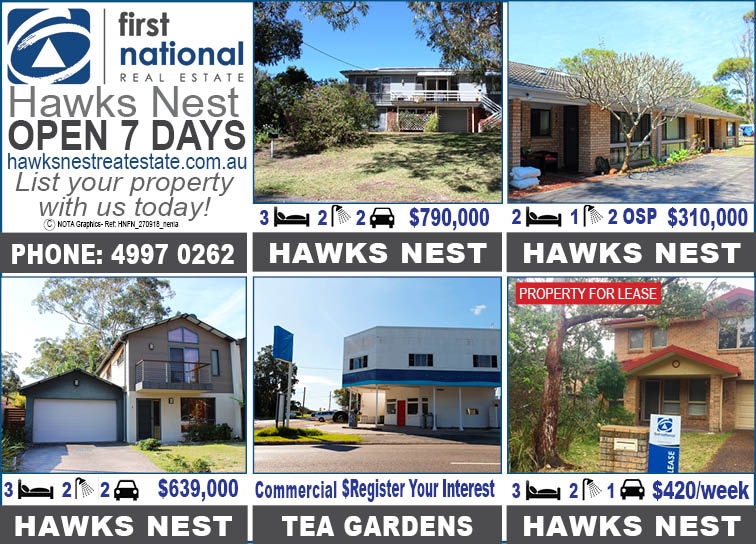 Port Stephens Duty MLC, Catherine Cusack announced the funding this morning at Riverside Park in Raymond Terrace where $33,500 will go to Port Stephens Council to control aquatic weeds in the waterways.

“Aquatic weeds such as Alligator weed, Water hyacinth, and Giant Salvinia all have the ability to rapidly cover the water’s surface and if left un-managed can become a major problem in a very short space of time,” said Ms Cusack.

“They also have the ability to reduce the amenity of waterways, reduce agricultural access to the water for irrigation and for stock, and reduce the habitat for our precious native fauna.”

Areas included in the funding to control aquatic weeds are the Hunter, Paterson and Williams Rivers, as well as the foreshore of the Riverside Caravan Park.

“Safety will be improved at PCYC Port Stephens with a $10,000 contribution toward removing two trees, which currently overhang the carpark. A number of visitors have raised concerns about the trees losing branches,” Ms Cusack said.

Ms Cusack was joined by Port Stephens Liberal candidate, Jaimie Abbott at the announcement who welcomed the funding noting that almost $37,000 which will continue the work of koala habitat and dune restoration at One Mile Beach.

“I’m really pleased to see funding for all of these important environmental projects, and for Port Stephens Council to continue their weeding program at the One Mile Beach site, ensuring our local marsupials have a safe place to live,” said Ms Abbott.

Minister for Lands and Forestry Paul Toole said the Crown Reserves Improvement Fund program was focussed on ensuring communities and visitors could continue to enjoy local land and facilities.

“This year we’ve made a record investment into Crown land with more than $20 million in grants and loans being provided across the state,” Mr Toole said.

To date, the NSW Government has invested $115 million across seven years into Crown land projects.