AT Irrawang Public School this week Mia Darcy was recognised for demonstrating leadership in and dedication to cultural education as part of the school’s Positive Behaviour for Learning program.

Mia joins the schools K-2 Ginyaang group each week, sharing personal stories about land and family, encouraging pride in Aboriginal and Torres Strait Islander heritage, even in the students who know very little about their backgrounds. 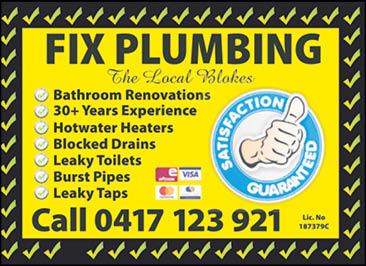 Raymond Terrace Public School’s nominee for the week was Summer Lowe, who was nominated for showing respect for her teammates, opponents, referees, coaches and the environment at a rugby league gala day.

Grahamstown Public School student Paige Owens was nominated for her kindness in the community.

Paige helped pick up some items that an elderly lady dropped in Big W.

She also found a wallet in Woolworths and handed it to centre management.

Likewise Hunter River High School student Nicole Masters has been nominated for being a proud and active participant in StarStruck and the School Choir.

Medowie Public School nominee was Mason Slaboda, who has been noticed always following the road rules when riding his bike to and from school.

“Our staff, students and community members promote our school’s values of safety, respect and personal best.

“We teach our focus lessons every Monday and promote positive behaviour both in the playground and classroom by using our “Grahams” reward system.

“Every term, we work towards a whole-school reward and encourage our community members to nominate students they see who display our school’s values during sporting and community events,” said Relieving Assistant Principal of Grahamstown Public School Owen Todhunter.