Labor Candidate for Port Stephens, Kate Washington has accused Mike Baird of planning to forge ahead with the full privatisation of the electricity network after the Premier yesterday failed to rule it out if the Liberals and Nationals are re-elected in March. 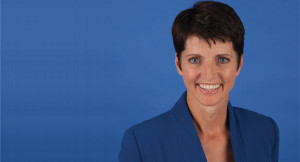 Ms Washington said that when Mike Baird was asked whether he would fully privatise the entire electricity network, he [Mr Baird] said it would be ‘a matter for the next term of Parliament’.

“The Baird Liberal Government is no longer even pretending it will quarantine a portion of the electricity network. Far from ruling out 100 per cent privatisation, the Premier is openly admitting it is on the agenda for the next term,” said Ms Washington.

“Port Stephens residents should be walking into the polling booth in March in full knowledge that Mike Baird’s heart is set on privatising the entire electricity network,” she said.

Ms Washington told Myall Coast News, “With the Premier talking big in Sydney about new rail lines and a second and now even a third tunnel under Sydney Harbour, you can bet your bottom dollar, Port Stephens will be lucky to get crumbs.”

Kate felt that if the electricity network is privatised, the main result would be even higher electricity prices in the local area.