It’s time to address the growing number of problems now impacting on our iconic Singing Bridge. 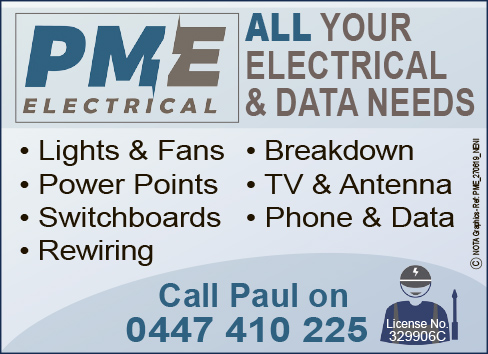 It’s time to insure against a terrible accident which will surely happen.

It’s time to conduct repairs to badly rusting handrail sections and it’s time to spruce the bridge railing which is in bad need of a paint job.

These ‘it’s time’ issues have been presented to Council over the past 4 years through our advisory groups and have received nodding agreement, however no action has been forthcoming.

The Bridge was built in the early 1970’s, funded by Mineral Deposits to obviate the lengthy delays in transporting rutile to the Hexham processing facility. It had inherent advantages in joining the towns of Tea Gardens and Hawks Nest to vehicular and pedestrian traffic and the community proudly christened it the “Singing Bridge” due to the tune it plays in the westerly winds.

At the time of construction, it was considered adequate for community needs and proved the case for many years.

Those years have moved forward and we are now almost 50 years on. In that time the community has grown, transportation has changed and maintenance is needed and ‘it’s time’ the Authorities addressed the problems.

As an aging population, the use of motorised wheelchair transport has multiplied and the bridge provides independence for those reaching both sides of the river.

PROBLEM: the footpaths on both sides of the bridge are too narrow to pass. Should users meet going in opposite ways, they dismount and use the roadway, or one backs off.

SOLUTION: widen the bridge (won’t happen) or use logic and have one -way footpath traffic. The logic wins, but has hit a snag in that the easiest, cheapest and safest exit in moving from Hawks Nest to Tea Gardens is to install a path under the bridge on Tea Gardens side. The snag is the path would need to meet 100 – year flood level. Bureaucracy at its extreme?

When the bridge was built, the only regular bike riders were kids going to and from school. Council wisely placed signage advising those bike users to dismount and cross by footpath.

PROBLEM: Times have changed as have bike riders and the bikes themselves. The current Coronavirus has seen a probable tripling of bike users crossing the bridge and has caused friction between the riders and some members of the driving fraternity. Recent events have resulted in abuse, near accidents and no doubt will culminate in serious injury, or worse. Bicycle riders are equally entitled to use the bridge carriageway and must be accepted by the car drivers.

SOLUTION: Ban bikes from the carriageway and insist they dismount (won’t happen). Or logic says, install new signage alerting car drivers that there may be bicycles on the bridge and to take care. Again, use the one-way paths for those who wish to dismount and cross by foot. Necessary signage would be a minimal cost.