The Australian Electoral Commission has released a draft report publishing a proposal to federal electoral boundaries in NSW. 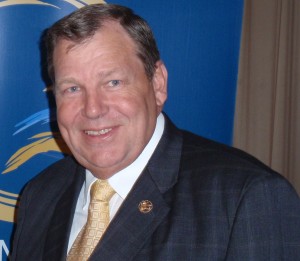 This is due to a decrease in the NSW entitlement from 48 to 47 seats in the House of Representatives.

The Chair of the Redistribution Committee and Electoral Commissioner, Mr Tom Rogers said the current and projected enrolment numbers had led the Committee to propose significant adjustment to federal electoral boundaries in NSW.

The area that will be affected by these changes will be the Division of Hunter.

“After careful consideration, the Redistribution Committee unanimously proposes the abolition of the existing Division of Hunter,” Mr. Rogers said.

“The Division of Hunter was created at Federation in 1901, and the retention of Federation names is part of published guidelines for the naming of federal electoral divisions.”

Under this proposal, electors in the northern part of the existing Division of Hunter are proposed to join the adjacent Division of New England.

The remainder – about forty per cent of electors in the current Division of Hunter – are proposed to become part of the Division of Paterson.

Nearly sixty per cent of the electors in the current Division of Charlton would belong to the renamed Division of Hunter.

The remaining electors are proposed to be part of the Divisions of Newcastle and Shortland.

In making its proposal, the Redistribution Committee considered enrolment numbers, public suggestions and comments on suggestions, communities of interest, communication and transport links, geographic or constructed features able to be used as readily identifiable electoral boundaries, and the current federal electoral boundaries.

Individuals and organisations are able to lodge objections to the Redistribution Committee’s proposed electoral names and boundaries.

An article about redistribution was recently published in the Sydney Morning Herald October 17-18 2015 edition with comments made about Bob Baldwin, Federal Member for Paterson, being likely to bow out of politics.

“Rumours of my retirement, like those of my death, are greatly exaggerated.”

He also quoted, “I will continue to be representing my patch.”