SO here we are, deep into another summer full of barbecues, aerogard and Australia’s national sport, cricket. 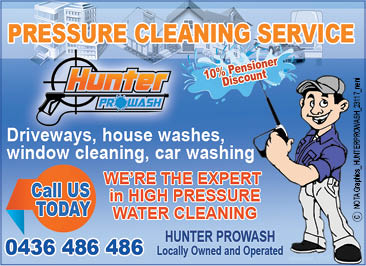 The Ashes may have already been regained but there are several battles going on on a cricket field near you, thanks to the Raymond Terrace District Cricket Club.

U12’s – Have four wins from eight games and are currently sitting fifth on the ladder.

U13’s – Unfortunately, they are yet to win a game so far this season, but they are showing encouraging signs.

U14’s – Have only won the one game but have been very unlucky having narrowly lost more than their share this season.

U15’s – Have been impressive, especially since the team consists of mainly U14 players.

They have won four out of six games with 1 loss and a lightning affected draw, and are currently second on the ladder.

However, they are showing signs of improvement, and hope to see a big 2018 coming up.

5th Grade – These guys are a young team on the improve.

They currently have one win in the longer 40 over version of the game, but have also won two T20’s.

4th Grade – Are currently leading the competition in the 40 over format, having only lost one game all season.

Unfortunately, they narrowly missed out on the T20 finals, on percentages, after finishing equal fourth.

3rd Grade – After a slow start to the season, the team have lost only one match, a T20, in the past seven weeks to be second on the 40 over points table, and have also qualified second in the T20 competition.

They will play T20 finals in early February.

2nd Grade – After starting the season with a bang thanks to a convincing victory against Norths in Round, they have been winless since.

David Farmer, secretary of Raymond Terrace Cricket Club, told News Of The Area, “Even Mother Nature has been against this team, with rain robbing them of certain victory just two weeks ago.”

“They are a young team on the improve, and with a bit of luck, a semi final appearance may not be beyond them.”