IF ever there was a time to say ‘Enough is Enough’, it is now. 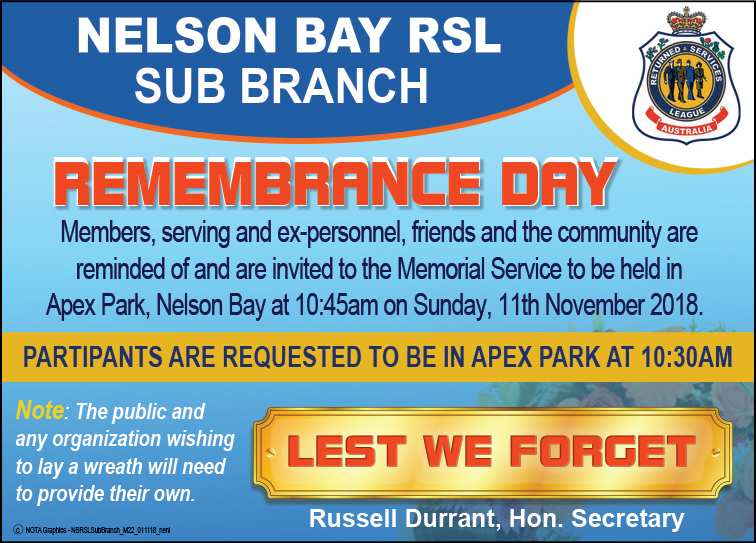 At the Reclaim the Run event at Nelson Bay men, women and children stood shocked in hearing that eleven women have died at the hands of their partner or former partner in the last 22 days.

Although there is a rise in awareness and services for those experiencing domestic violence sadly in Australia in 2018 it will be more than one woman a week that dies.

We are only in October, and the death toll so far is 58 women dead due to domestic violence.

Two people who have been left behind by the death of a woman to domestic violence spoke at Reclaim the Run and their heartfelt plea to make change was heard by all.

Roger Yeo of White Ribbon does not want his daughter to be a statistic, Rochelle is gone but she was more than a number.

Every one of these women who die, is a sister, an aunt, a mother, they are a person that is lost, and they should still be here.

In his address Port Stephens Mayor Ryan Palmer recognised the strength and courage of the women who are victims of violence in attending the event and said enough is enough.

One of organisers of Reclaim the Run, Jo Banner Told News Of The Area, “There were over two hundred registrations for the 8km run and 4km walk and there has been lots of interest and help and support for the event.”

Kate Washington member For Port Stephens said, “The event is about women reclaiming the right to be in their homes and outdoors without violence, and achieving equality so that women in the future can feel safe where ever they are.”

Kirrily Dear who has worked tirelessly to raise awareness of domestic violence and create change said I am safer running alone in the Andes than I am as a woman in Australia in my own home.

The need for change is clear, and for those experiencing violence there is help available locally at the Yacaaba Centre.