TEA Gardens businessman Stuart Sinclair has been named as one of the best Real Estate Principals in the State at the annual Ray White awards held in Sydney. 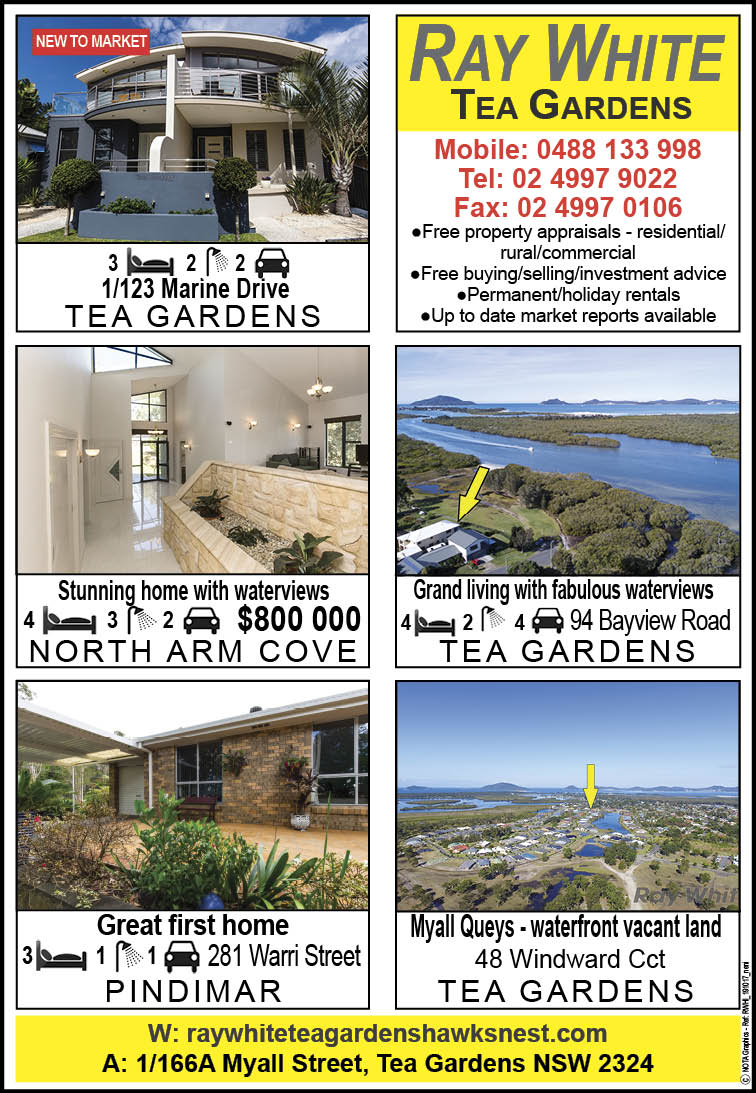 Mr Sinclair was ranked sixth in the Regional Principals’ Category, based on settled commissions.

“I am so thrilled,” Stuart said.

“My team and I have worked extraordinarily hard and it is so wonderful to be recognised as one of the best regional performers not only in the State, but within the whole group.”

“It fills me with immense pride every year when our State awards are announced and our people are recognised,” Mr White said.

“To see so many individuals performing so well within the group can be put down to hard work and dedication.”

“So many of our members are achieving and exceeding personal bests, it’s exciting results for our group overall,” Mr White said.

Stuart said, “Being named among the best performing principals in the Ray White group is a huge honour.”