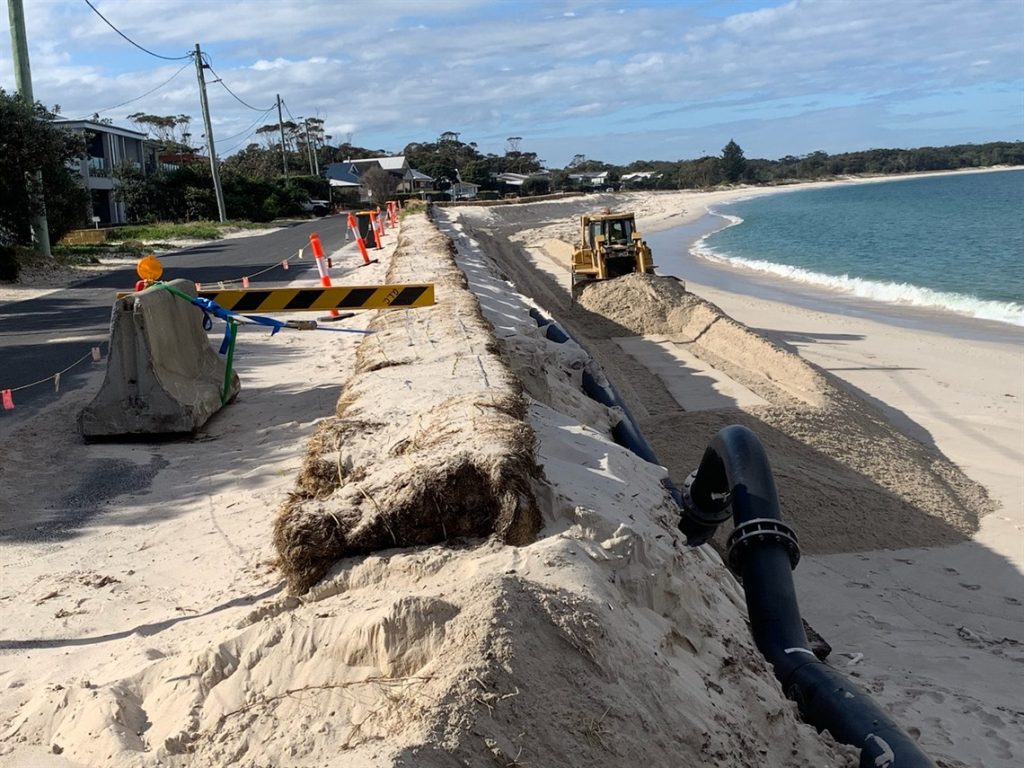 MidCoast Council contractors are half way through dredging the eastern channel of the lower Myall River, with 60,000 cubic metres of sand added to the Winda Woppa stockpile so far.

While the series of storm events through June and July slowed operations on certain days, the team had been pushing hard during finer conditions to ensure they remain on schedule and the navigation channel progresses as expected.

“Optimum conditions has allowed Dredging Solutions to dredge above targets during the early period of the campaign and to ease off when the adverse weather set in,” explained Andrew Staniland, MidCoast Council’s Coastal Management Coordinator.

“Another bonus of this project, and certainly a timely one given current conditions, is the ability to replenish Jimmys Beach using the dredge and as locals will understand, we need this right now.”

Council had originally intended to start moving sand onto Jimmys Beach in September, however this has been brought forward to combat the significant erosion sustained over the last few weeks.

“The pipe work and booster pumps for this part of the operation were mobilised over the weekend and the team began pumping 20,000m3 onto the beach this week.

“Jimmys Beach is a vulnerable location and we know we need to move quickly given the damage that was sustained by the storms so I’m pleased we’ve been able to bring it forward to get a small buffer in place ready for the next storm,” added Andrew.

The dredged sand will target the section of beach between Guya Street and Kururma Crescent and will complement future sand placement projects by the Sand Transfer System.

“Nourishing Jimmys Beach is a multi-faceted operation and our plan has been to utilise a range of methods at different times,” said Andrew.

“Our stockpile at Winda Woppa, that feeds the Sand Transfer System, was exhausted after the last campaign. So it was decided to dredge the channel to improve navigation first and foremost, while also replenishing the stockpile and concurrently dredging onto the beach while the pipework is in place.

Locals will need to look out for signage indicating limited beach access during this replenishment work, which is expected to take up to six weeks, weather permitting.

“We know these sacrificial sand buffers work. The buffer that has just eroded had been in place since August 2019 and we’re confident that this 20,000m3, along with the future Sand Transfer System replenishment work, will buffer Jimmys for even longer.”