ONE of our true local ‘legends’ has passed away this week and it will undoubtedly leave a hole in our community, however he will certainly be remembered. Ron Franks OAM, died from a heart attack on Wednesday 24th September at The Calvary Mata Hospital. 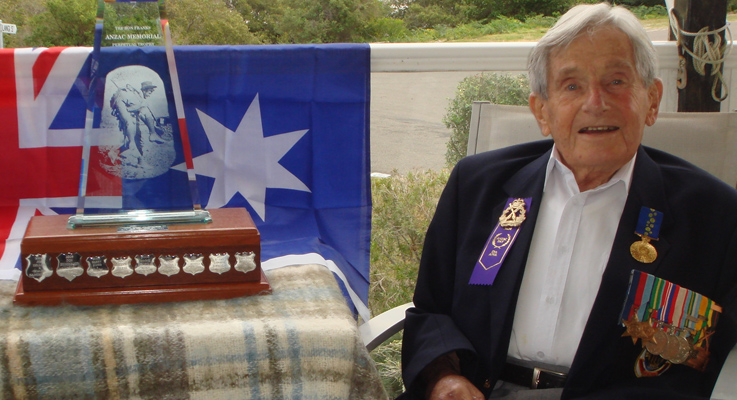 Ron was born in 1923 and grew up through the depression in the country western districts of NSW.

He was one of five siblings and his family moved to Sydney in 1935.
1939 saw the outbreak of war and Ron’s father was the chaplain to the Australian Troops at Ingleburn.

At this time Ron’s two eldest brothers joined the Service and subsequently saw action in the Middle East.

Ron’s sister also joined the Service and it was inevitable that Ron put his age up one year and joined the 2/16 Infantry.

Within 6 months they were fighting the Japanese in New Guinea – The Kakoda Track campaign.
Needing men to replace their wounded and killed they came back to Australia. 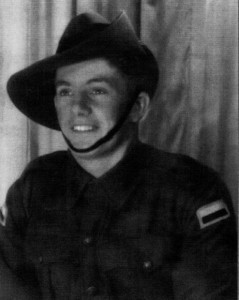 With 300 new reinforcements they returned to New Guinea to capture Lae, Ramu Valley and the battle of Shaggy Ridge.
Ron came back to Australia for training to prepare for the largest amphibian landing since Gallipoli then onto the invasion and successful capture of Balikpapan, Borneo.

In Ron’s Battalion, 260 men were killed and 480 wounded in the five and a half years he was at war.
Ron married his late wife Shirley two years after the end of the war and together they had two daughters and one son.
Shirley died in 1975.

In his civilian life Ron started off as a bricklayers labourer, became the Sales Promotion Manager of Horlicks and ended up with his own business for 40 years in Gladesville selling catering equipment to restaurants such as McDonalds and Kentucky Fried Chicken.
In 1996 he retired to Hawks Nest and immediately became involved in many community organisations and activities.
As a member of Probus he was a popular speaker and a great favourite with the members.

He was a member of the Myall U3A for five years serving as the president for two years.

The Lions Club soon recognised his talents and he became a member in 2003 and in 2007 was elected President.
Ron loved the Tea Gardens RSL Sub-Branch and its members, having much in common with the vets that served in WW2.
He was instrumental in a committee which helped raise funds for the War Memorial in Anzac Park.

He helped raise $45,000 through doorknocks and fund-raisers and played a major role in gaining council approval for the development. The memorial was opened in 2000. 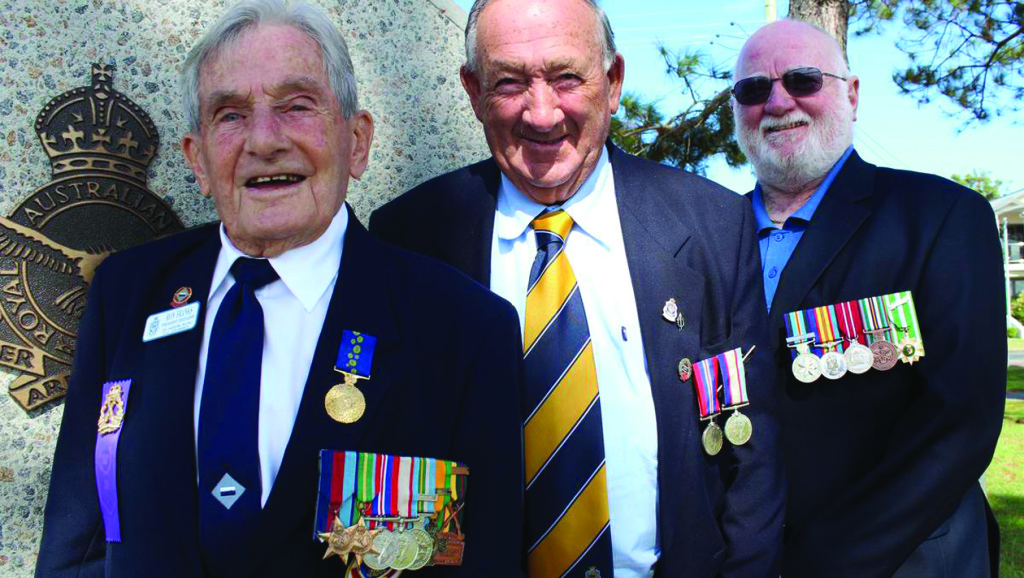 In 2002 he became President of the RSL Sub-Branch with the specific goal to involve local groups and organisations in the Anzac Day Commemoration and to participate in the march.

The success of his goal can be seen each year by the hundreds of people attending The Anzac Day and Remembrance Day Commemorations.

There were many other groups and activities Ron was involved with.
In 2011 Ron was suitable recognised with an Order of Australia Medal (OAM).

Ron almost threw away the letter informing him he had been nominated for an Order of Australia medal as he was not expecting mail and thought the letter must have been junk.
Ron said when interview by the Newcastle Herald in 2011, “I got the biggest shock when I opened it up.”

“Then a few months later I forgot all about it and another letter came saying I was going to get the medal,” he said.