TWO local employees, from very different walks of life, have been recognised by the Myall Coast Rotary Club at their annual Pride of Workmanship Awards. 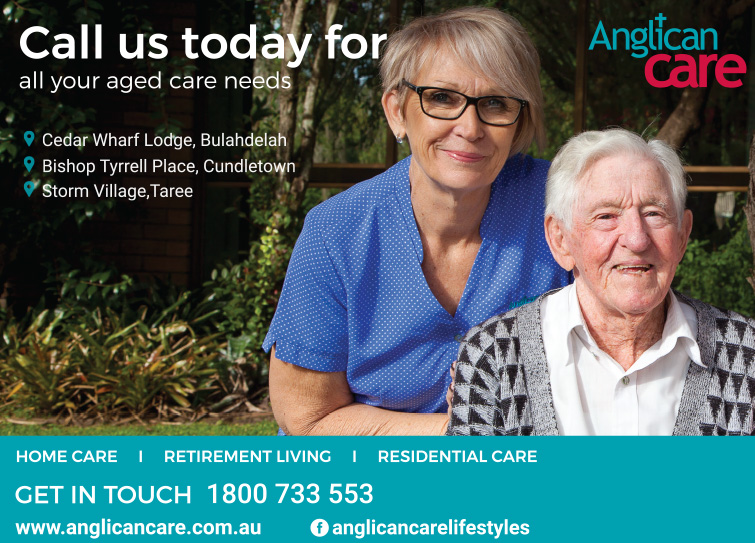 “Ursula Roberts from Peter Sinclair Gardens Aged care facility was presented with a Pride of Workmanship Award last year and it is well worth noting that last year’s and this year’s nominations were made by different facility Managers,” Rotary’s Ian Mackenzie-Smith said.

“She obviously is a very highly thought of member of the team and maintains an exceptionally high standard.”

Recipient, Ursula Robert said, “I really enjoy working at Peter Sinclair Gardens and I’m thrilled by this second award, it was most unexpected.”

The other recipient was 24 year old Dylan Tennyson from Tea Gardens Real Estate.

Dylan was nominated by his Manager, James Murphy.

“To do what he’s done, the way he’s looked after our guests in holiday accommodation, and with his sales, he’s outdone himself,” James said.

“This inspires me to go further and kick more goals,” Dylan said.

The awards were announced at a dinner held at the Tea Gardens Hotel last week.

Rotary’s Ian Mackenzie Smith added, “The Pride in Workmanship Awards have become extremely prestigious and have set a benchmark by recognising an employee as being someone who considers integrity and pride in their chosen vocation as being paramount to being accepted as a valued employee and to their advancement in any organisation.”