On Monday, 14 December, Warren Gooley General Manager of the Tea Gardens Country Club pressed the button for the lucky winner of a Toyota Yaris which has been raffled by the Rotary Club of Myall Coast to raise funds to be donated back to the local community and charitable organisations. 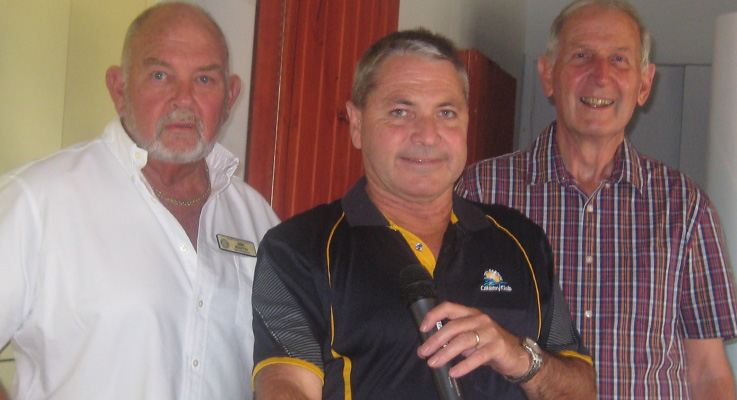 The idea to raffle a car originated in Florida when Rotarian, Jim Martin with his wife, June, were on holidays and engaged in conversation with another Rotarian who said to Jim, “Don’t waste your time with $2.00 raffles – raffle a car.”

On their return to Australia Jim convinced his Rotary Club that this could be done and to that end 500 tickets went on sale at $50.00 per ticket for some lucky person to win a Toyota Yaris, sponsored by Maitland and Port Stephens Toyota to the value of $13,000.00.

The prizewinner had two options – one to take the car with 12 months NSW rego, 3 years warranty and first six capped price services with the second option being the $13,000.00 cash.

So when Warren pressed the button, the number 361 was displayed and after checking ticket butts and database, it was revealed that local Neil Halley was the lucky winner. Congratulations Neil!

In addition to the above announcement, Rotary presented a cheque to the value of $1000.00 to Steve Howell from the Surf Club. 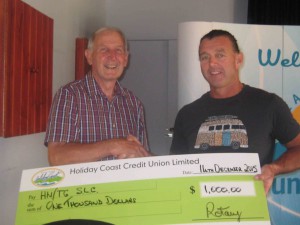 Once again, it has to be said that our local community is full of generosity and energy to provide well needed funds for organisations.