ONCE deemed one of the Hunter Valley’s Living Legends, Salamander Bays’ D. R. (Don) McWilliam AM passed away this week. 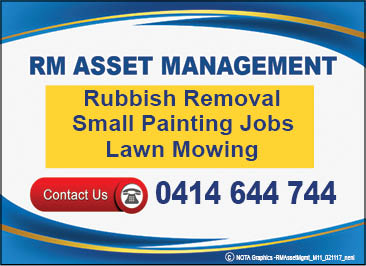 He and his wife Louise moved to Salamander Bay in 1998.

Stephen McWilliam told News Of The Area, “Dad was born in Sydney on 5 June, 1934, the second eldest son of Keith and Ruby.

Don joined McWilliams Wines in 1951 after schooling at Sydney Grammar, where he started his working life on the factory floor, inserting corks and fitting capsules by hand.

He completed his first vintage at Mount Pleasant with the legendary Maurice O’Shea in 1954.

Don once reminisced that, “The work was hard, as there was no electricity at Pokolbin until 1957 and grapes had to be pressed and wine pumped by muscle power.”

Don was appointed Director of the company and over the next five decades played a significant role in the development of both the Hunter Valley and Australian Wine industry, becoming a Member of the Order of Australia in 2003 in recognition of more than 50 years service to the Australian Wine Industry.

Don had a love of fishing and owned and operated Hammerhead Charters in Port Stephens for many years.

He was a member of Destination Port Stephens and the Rotary Club of Nelson Bay.

A memorial service is being held for Don McWilliam at the Uniting Church at Salamander Bay on 6 November at 2.30pm.