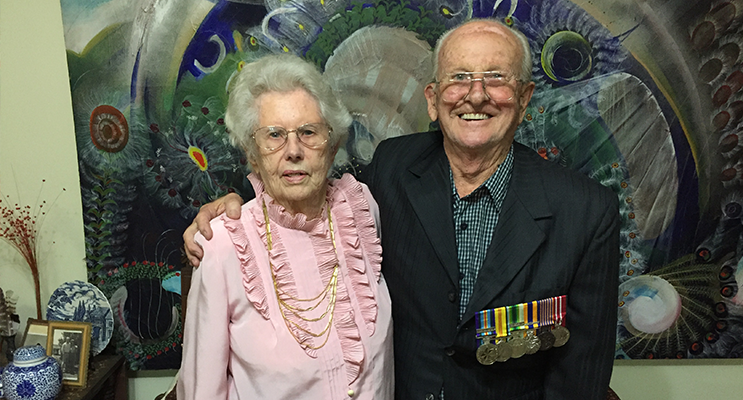 Celebrating on 18 April, the couple had a leisurely breakfast at a local Salt Ash business before going to Raymond Terrace for lunch.

Neville and Edith originally met in Parkes in 1950 before getting married three years later.

Edith told News Of The Area, “In those days, we got married for keeps.”

“Divorces were not in our thinking at the time and marriage was a very big commitment,” Neville said.

Since marrying, the couple have welcomed four children, one grandchild, one great grandchild, travelled around the world three times and visited 44 different countries.

Long marriages run in the family, with both Neville and Edith’s parents also having celebrated their 50th wedding anniversaries in the past.

The couple’s relationship is currently the longest they know of within their family and friends.

“The key to a long marriage is patience and forgetting issues after they arise, as they are never that important,” Neville said.

“Not holding grudges and forgiving and forgetting is another key ingredient to a happy marriage,” he said.

The couple have had big anniversaries in the past, going on holidays and travelling, however, they chose to stay closer to home this year.

One thought on “Salt Ash couple celebrate 64 years of marriage”