DID you see Saturday evening’s spectacular, silent lightning storm out to sea against a dark moonless star-filled night sky?

Daniel Barty, forecaster at the Bureau of Meteorology (BOM) told The News Of The Area, “The long-lived storm started around 8:30pm, 120km SE of Coffs Harbour and gradually moved northeast over several hours. 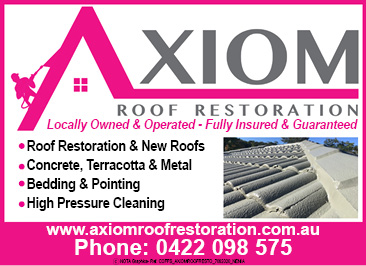 “Significant lightning activity was associated with the thunderstorm.

“It looks like it was generated by the wind change moving up the coast.

“The Wind change came from the cold front and trough.”

Sandy Beach resident, Liam Eaton, who captured a great shot of the storm said, “I just happened to notice it when I knocked off work on the night and went down for a quick photo at Woolgoolga.

“These sort of spectacular nature shows are quite common in the area.

“The lack of moon did make for a better star-gazing shot.

“It’s amazing how much moonlight and civilization lighting can hinder a night-sky photo.

Kat McKinnon, from Coffs Harbour said, “As a bit of a weather watcher and storm chaser, I noticed the lightning flashes at a distance from my bedroom window.

“Looking on BOM the only system nearby appeared to be one that was SE of Coffs Harbour, closer to Port Macquarie.

“Considering how vivid the lightning show was I felt it worth the drive to see if I could track the storm.

“I took a trip to the Marina where I happened on a point with a perfect view.

“The storm was incredible, but more so when I posted the photo on Facebook (Coffs Harbour Weather Watch Group) there were comments of the storm all the way from Yamba down to at least Repton.

“I felt it unusual to see such an active storm that according to the radar was so far away, yet seemed so close, and could be seen from such a distance.

“Probably one of the most intriguing storms I have witnessed, due to its intensity.”