SAWTELL Bowling Club teams have been recognised for their efforts in winning two state titles.

Sawtell Bowling Club won both the Grade 3 Mixed and Grade 4 Mixed events, which were the first state pennant titles in the club’s history.

Anthony Baker was a member of the winning Grade 3 Mixed side, and explained the enormity of the club’s achievement.

“State Pennants is the pinnacle of team competition, where 480 clubs compete,” he said.

“Sawtell Bowling Club has been going for 70 years and this is our first state pennant, so it goes to show how hard they are to win one, let alone two.

“You’ve got to realise that we’re a small club and we’re going up against other clubs with million-dollar budgets who pay players to play pennants.

“So to come home with two state pennants is a massive achievement.”

He said it was an honour to have the Bowls NSW chair on hand to present the pennant flags.

“It was a huge recognition for a lot of work that’s been done over a lot of years,” he said.

“She made a special trip to present the pennants, and it made it extra special for them to be presented by someone like her.

“She said to the players that it was a huge effort and something that will be remembered for a long time.” 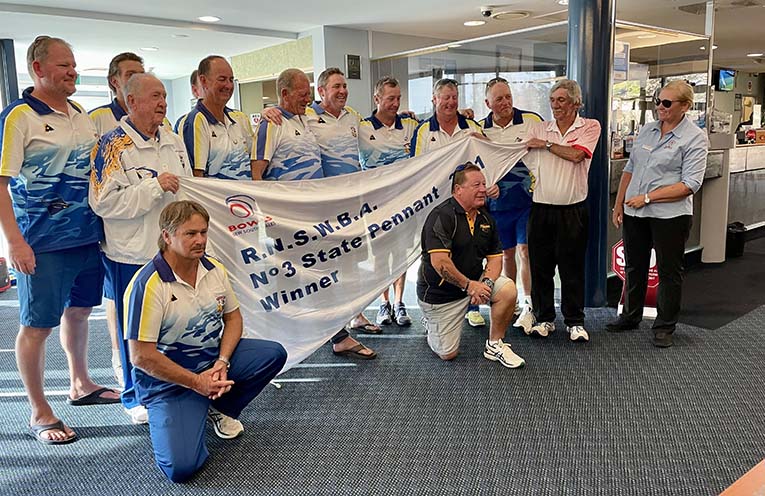