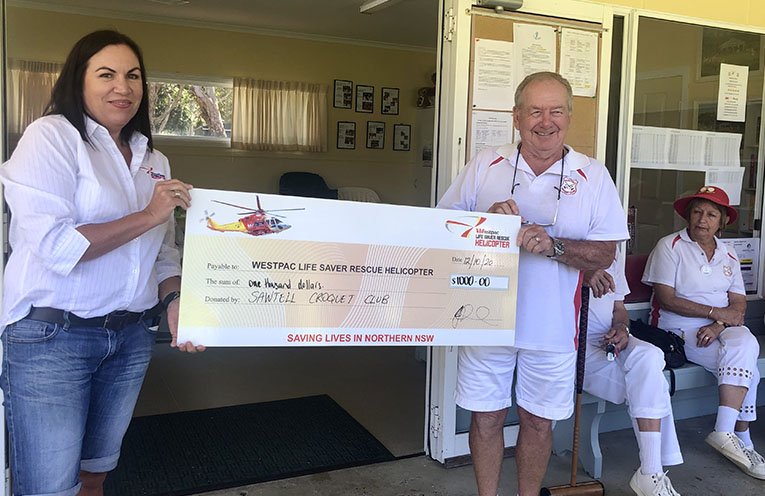 THE Sawtell Croquet Club has been playing croquet for 72 years on the same site in the Sawtell Caravan Park.

Club Secretary, Jenny Arnold, said, “We have 98 members, which makes us one of the larger country clubs in NSW.”

For more than ten years, the club has been conducting a fun day on the Labour Day weekend to raise money for the Wespac Helicopter, but Covid-19 restrictions have meant this is not possible this year.

Instead, the club donated three days of green fees, which, combined with raffle proceeds, equalled $1000.

Jennifer Dowd, Community Liaison Officer for the Westpac Helicopter, thanked the club for its continued generosity and support after receiving a cheque from club President, Derek Burrows.