Facilities on Tea Gardens Waterfront have received an upgrade with the construction of five shelters along Marine Drive Foreshore. 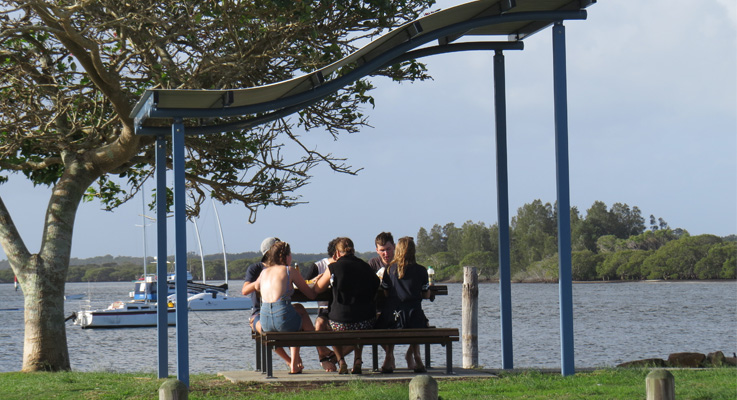 Complementing the existing environment, the roofing of each shelter has a modern curved waveform design keeping with the seaside theme of the entire area.

Funded by Great Lakes Council, the constructions provide shelter for the wooden picnic tables and bench seating along the waterfront and are well utilised by both locals and visitors to the area.

The Marine Drive Foreshore Reference Group (MDFRG) have been working with Council towards upgrading the waterfront area for some time with the construction of the shelters just part of the project. 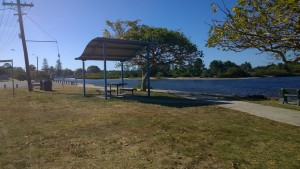 The group was convened by Great Lakes Deputy Mayor Len Roberts in 2014 to engage the community in consultation to develop plans for the future direction of the waterfront reserve.

The MDFRG committee members represent the many community and business organisations in the area.

Representing the Hawks Nest/Tea Gardens Progress Association, MDFRG member Mark McCormick said providing shade along of the waterfront precinct has been a major focus of the group.

“The design of the shelters are based on recommendations from the group that the shelters have a minimum impact on the view while maintaining a modern aquatic theme,” he said. 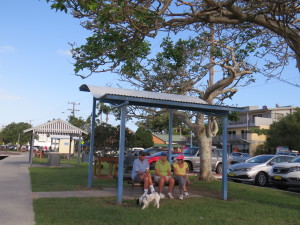 “An additional shelter in the same style is also planned as part of the State Government’s Better Boating Project that will provide much needed shade for the newly resurfaced public ferry wharf.”

Mr McCormick said the group is working towards further upgrades to facilities and landscaping options that will add to the appeal of the area while maintaining the history and iconic feel that locals and visitors know and love.

A formal request has been tabled at the Great Lakes Council meeting to allocate further funds to facilitate the upgrades.

Mr McCormick said the request was favourably received by Councillors and is currently being considered by Council.