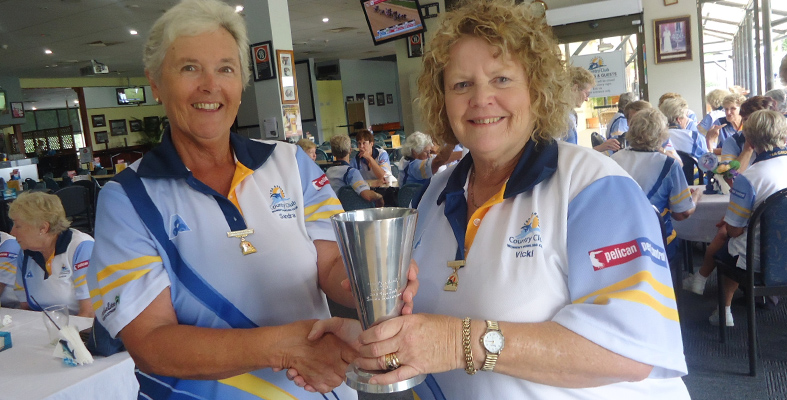 To diffuse any ‘bias’, the teams were picked at random and the format chosen was ‘turnaround triples’.

Wow! Some big wins were recorded and those were accompanied by some big loses.

The competition was played in an atmosphere of fierce fun and friendship.

No one knew who won until the scores were tallied at the end of the day.

This year tradition was broken when the Secretary’s side recorded its first win in three years.

Maybe heads will roll as the President is supposed to win!

As usual, it was a great bowling day, topped off by a beautiful sandwich and sweets lunch served up by the Social Committee team.                  They now have a job for life.

November 27: Triples were the format chosen for Social bowls this Thursday.

After the gruelling challenge two days earlier, only 19 bowlers competed.

The winners for the day on the highest margin were the team of;