EMERGENCY services rushed to the scene of a serious two car collision on the Pacific Highway at the Tea Gardens turnoff last week. 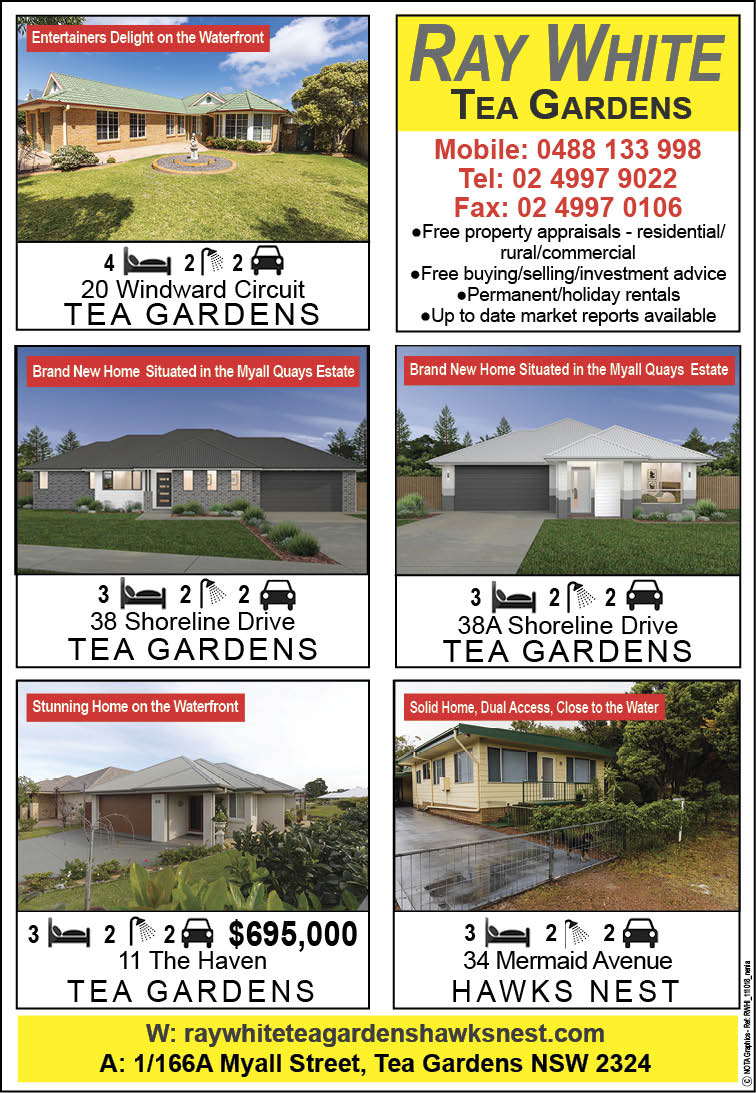 Around 7 o’clock last Wednesday night, a white Mazda panel van, being driven by a 25 year old woman, was travelling south at 100 kilometres an hour as it approached the intersection of the Myall Way.

Tea Gardens Senior Police Constable Dave Coyle said, “A black Nissan X Trail turned from the northbound lanes of the Pacific Highway directly into the path of the oncoming Mazda.”

“The Nissan was being driven by a 54 year male from Hawks Nest.”

Senior Constable Doyle said, “Both vehicles impacted heavily resulting in the male passenger in the front seat of the Mazda van receiving a badly broken leg and head injuries.

“He was trapped in the vehicle before being freed by Tea Gardens Fire and rescue.”

The male passenger had to be airlifted to John Hunter Hospital.

A front seat passenger in the Nissan X Trail was also taken by ambulance to John Hunter.

The crash closed the highway for several hours.

Again, with School Holidays nearing an end, Police are calling on drivers to take extra care when travelling long distances, with more rain forecast over the coming days.