Tea Gardens local, Shane Harvey, has taken out the top place for his ute “Grunta” at Australia’s most famous car festival, Summernats, in Canberra. 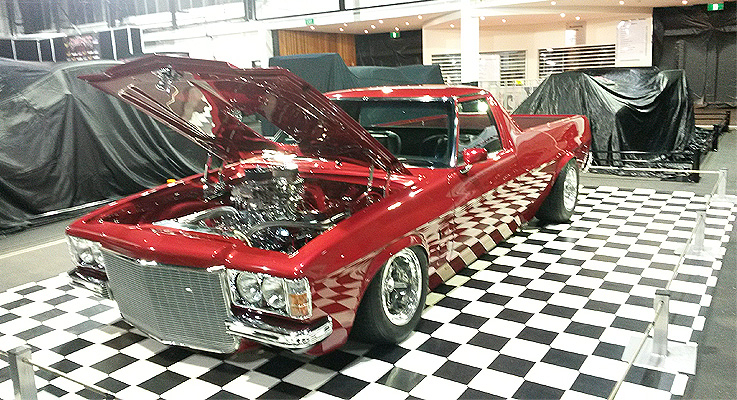 Shane’s old school 1978 HZ Holden which was unveiled at the show not only surpassed thousands to be crowned the best ute but was also selected as a top 20 elite car out of the entire show.

There was a poignant motive behind Shane’s drive to have his ute, which had been five years in the making, ready for the Summernats show in January.

“My father passed away on the 19th of December and we promised him it was going to be ready for the show,” he said.

“If it wasn’t for that I don’t know we would have made it.” 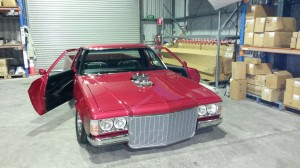 About $200,000 and countless hours of labour went into creating “Grunta”.

“I had a lot of help along the way especially from my young bloke Luke Harvey and my stepson Daniel Slater.”

“The week before Summernats my young bloke’s worship never turned off. We were working all hours,” Shane said.

The ute was only just finished in the nick of time to make it into the show. 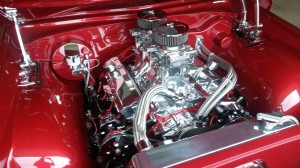 “Even then I’d say it was only 99% finished but it was just a couple of little things no one else would have noticed,” he said.

It’d been Shane’s dream to have an elite car unveiled at Summernats with the other accolades really topping off the experience.

“They sent their best photographer up to Tea Gardens from Melbourne for a 12 hour shoot,” he said.

The magazine will be out this week.

Those who would like to see the ute can do so at the upcoming Tea Gardens Hawks Nest Motorfest at Myall Oval on March 7.

Shane has been invited to show the car at MotorEx in Sydney in July and in Alice Springs in September. 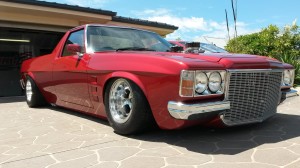 After a year of showing “Grunta” in pristine condition, Shane will begin driving the ute.