A man has been attacked by a shark this morning, 1 December 2016, at a Booti Booti Beach, which is just between Forster and Pacific Palms 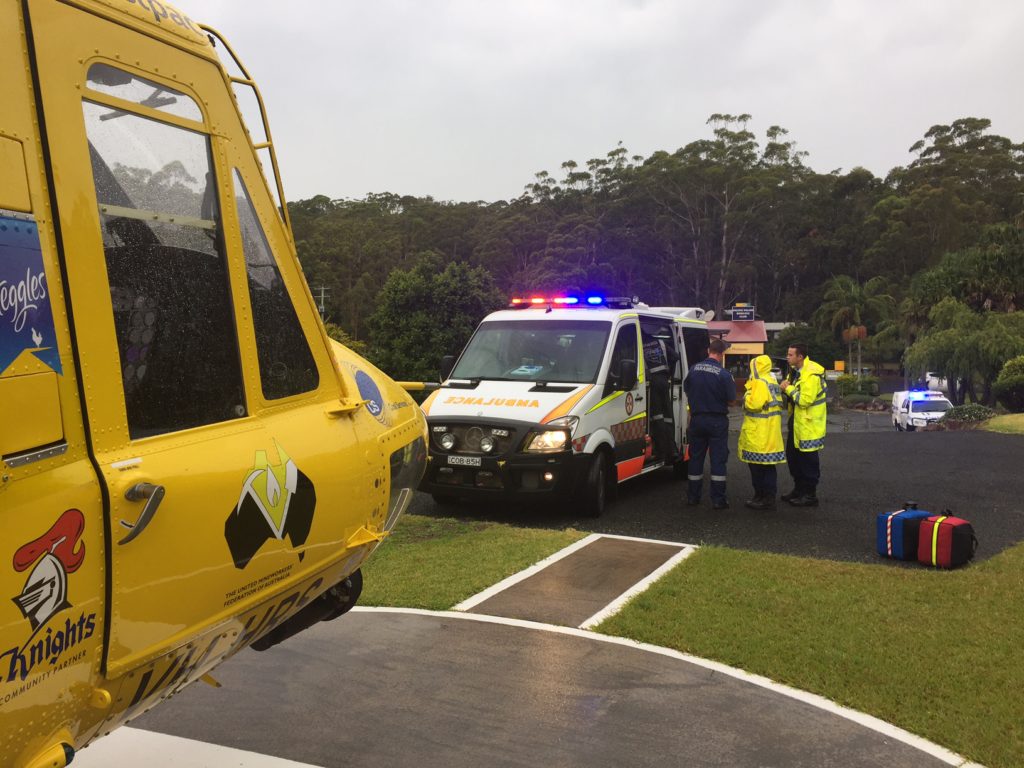 . The 65 year-old male was bitten by the shark and has suffered severe lower limb injuries.

The man has been airlifted from Pacific Palms Bowling Club helipad and flown to John Hunter Hospital.

The man was surfing at Seven Mile Beach,  near The Ruins Caravan Park, Booty Point, when he was bitten by the shark.

The man was able to swim to shore and contacted emergency services.

The surfer received puncture wounds to his foot and his arm in the attack.

Emergency services on the scene said, “The shark was a great white and came up underneath his board and snapped in half.”

He treated by NSW Ambulance Paramedics before being airlifted. And he is in a stable condition.

Due to the incident, Seven Mile Beach will be closed until further notice.

Officers from Manning/Great Lake Local Area Command are working with officers from the Department of Primary Industries and Fisheries.

Further information will be passed on when known. 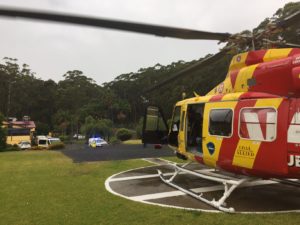