The Rotary Club of Myall Coast continues its very active programs to serve the community, both locally and beyond. 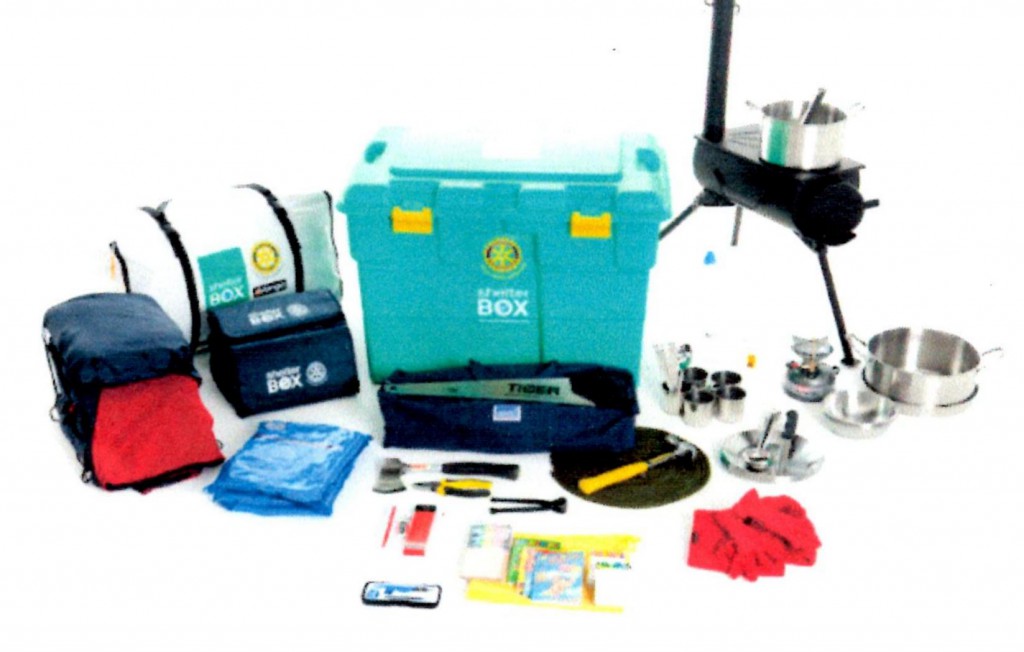 Wherever natural or manmade disasters strike, Rotary is there to provide assistance in the form of the Rotary inspired “ShelterBox”.

To support this humanitarian cause, ShelterBox, the Rotary Club is organising a theatre afternoon to screen the yet to be released movie “San Andreas” (ctc), just two days after its world release.

It is a story set in the aftermath of a massive earthquake in California.

A rescue helicopter pilot makes a dangerous journey across the state to rescue his estranged daughter.

At the Myall River Festival last October, the Rotary Club had a ShelterBox on display.

We saw how Rotary International partners with ShelterBox to send rapid response teams into places like Vanuatu after Cyclone Pam and to Tasmania after the bushfires.

Such is the credibility of ShelterBox Australia that it has as its Patron Air Chief Marshall Sir Angus Houston.

In accepting the position of Patron, Sir Angus said, “I am delighted to accept the offer to become Patron of ShelterBox Australia.

“Over the years I have been involved in many disaster and humanitarian relief operations.

“I am acutely aware of the need for provision of shelter to those in need, and ShelterBox brings life saving aid, hope and dignity to families made homeless by disasters. I look forward to working with the people of ShelterBox on current and future disasters.”

Each ShelterBox is tailored to the particular needs following the disaster and contains the essentials people need to begin rebuilding their lives.

We encourage readers to get a theatre party together and have an enjoyable afternoon at  Scotty’s Cinema, Raymond Terrace on Sunday 31 May at 1.30pm.