A MAN in his early forties has sadly drowned on Park Beach in Coffs Harbour last Saturday, 11 December.

“Three men came down to the beach, two of them entering the water some 300m north of the patrol flags and swimming out,” Les Pepper, President of Woolgoolga Surf Life Saving Club and Duty Officer at Surf Life Saving NSW Mid North Coast branch, told News Of The Area. 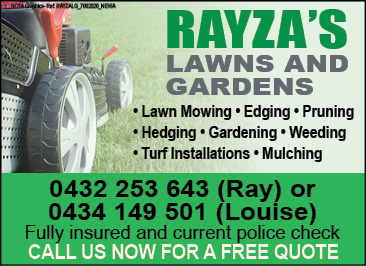 It wasn’t dangerous seas on the day, but as Les said, “If there’s a bit of a rip, they could get stuck in it.”

The drowning so early in the summer holiday season sent out an alert to the region to swim safely, between the flags.

Les said, “Swim on patrolled beaches and with someone else.

“From 19 December, during the summer until 26 January, Coffs, Woolgoolga and Sawtell beaches are patrolled by Surf Life Saving Club trained volunteers from 9am to 5pm every weekend and public holidays.

“We can’t say it enough times: swim between the flags.”

Patrick Boddan, Surf Life Saving NSW told News Of The Area, “At approximately 11.52am on Saturday, 11 December, Coffs Harbour Patrol requested an ambulance after a middle-aged man was pulled from the water 300m north of the patrol flags.

“He was semi-conscious and breathing at the time.

“The man became unresponsive, and CPR was conducted first by patrolling members and then by NSW Ambulance.

“The Westpac Helicopter was requested.

“The male was declared deceased at 12.42pm by NSW Ambulance.

“Welfare was provided on scene to patrolling members and further support will be offered.”

Key surf safety messages:
– Only swim at a patrolled beach, between the red and yellow flags.
– Don’t swim under the influence of alcohol or drugs.
– Never swim at night.