JOCKEY Raymond Spokes has been a favourite of punters for 20 years now as one of the most successful riders up and down the coast.

He’s not showing any signs of slowing down either.

In the past fortnight Spokes has ridden winners at Armidale, Grafton, Lismore and Port Macquarie.

He’s looking forward to the chance of adding to that list during the TAB meeting being held at his home Coffs Harbour track tomorrow.

“If you don’t have to travel, you’re a bit more relaxed in the morning plus racing on your home track, you know it a bit better than the others,” Spokes said.

Tomorrow’s meeting at Coffs Harbour has six races on the card.

Gates open at noon with the first race jumping from the barriers at 1.30pm.

Spokes has a strong book of rides with a good slice of them for Coffs Harbour trainer Brett Bellamy.

Although the jockey freelances and takes rides from all trainers, Spokes has had a strong relationship with Bellamy trained horses, particularly at home.

“I’ll mainly be riding for Brett on Saturday, he knows the track better than anyone,” he said.

“Also, he only has to walk his horses across the car park and they’re at the races.”

Now 43 and admitting “injuries take a toll”, Spokes said he’s still keen to jump in the saddle on race day and plans to do so for quite a while.

”I’m going to have to, there’s still a fair bit left on the mortgage.” 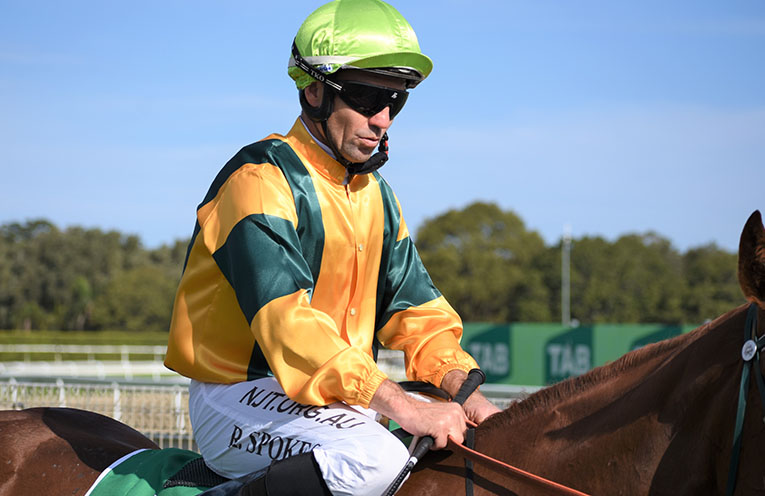