The men’s final of the Bulahdelah Tennis Club’s 2014 Spring Competition was played last week with some close games. 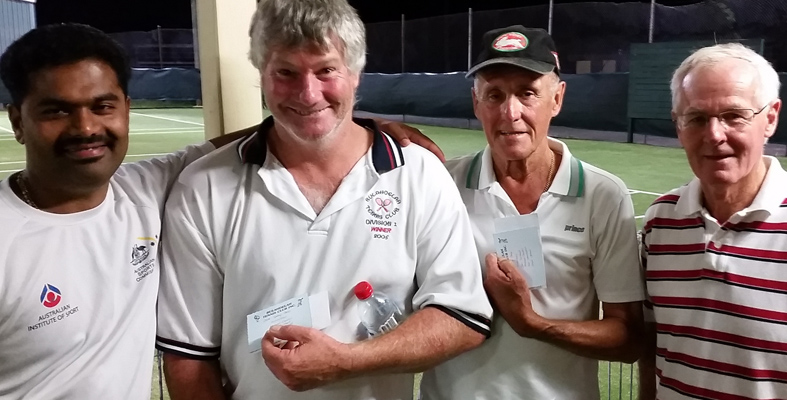 The competition has been running over the past four months and President of the club, Meredyth Rae, said that this particular finals match saw some tough competition and close sets.

The opposition team made up of Rod Davis (Capt), Joe Burgess, Nathan Grimshawand and Geoff Staples, fought hard but were unable to take out the event.

Rod Davis pulled a calf muscle in the first set of play and saw him struggle with that throughout the entire match.

Some great play by all four of the winner team saw them take the two set victory in good time.

Jiesh James said, “It was a great pleasure to be on the winning side as I’ve only learnt to play tennis in the last six months.”

“It’s also been a great opportunity for me to meet new people with similar interests as I am quite new in town,” he said.

Meredyth Rae said how popular the game locally has become and interested people should make themselves known.

“The annual Christmas comp won’t be running this year, however there will be social tennis every Tuesday night at 7pm through the holidays,” Meredyth told Myall Coast News.

Meredyth said, “This is a very relaxed competition with limited points and games so we have an early night and everyone finishes at the same time.”