PLAYING in their last tournament of the year, junior members from Raymond Terrace Squash recently participated in the Roy Ollier Tournament in Port Macquarie. 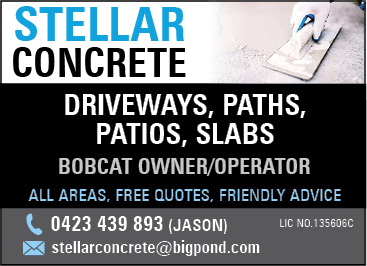 Twelve juniors headed north to take on players from across NSW in a weekend of great sportsmanship and squash, with some promising results.

Hayden told News Of The Area, “Port Macquarie is a great place to play, it was good to play new people.”

“Next year I hope to hit the ball even better.”

This year has seen the club travel to five tournaments around the state, including Coffs Harbour, Parkes, Dural and Port Macquarie.

The Club plans on traveling to the same tournaments next year.

Eight year old Will told News Of The Area, “Apart from the pool, the best part of going to Port Macquarie was meeting and playing new and different people.”

“Next year I want to start to boast (hit the ball off the side wall) more.”

The juniors train at the Raymond Terrace Squash Centreon Tuesdays and plays on Thursday with new players always welcome.

The Squash Centre is going strong and hopes with the success of the younger players to keep the sport alive in the region for many years to come.