The UN initiated this day of recognition in 1985 to advocate for the work volunteers do in a range of organisations across the world.

Medowie is a small community, but one with many volunteers, who contribute in a range of significant ways.

One Medowie man deserving of the recognition that the UN aims to bring about is Mr Graham Howlett.

If you have attended or participated in an event in and around Medowie and the Newcastle/Hunter area, you may have come across Mr Howlett, a first aider with the St John Ambulance.

Amazingly, he has been a volunteer with St John Ambulance for 57 years, joining as a young man of 17.

During 2016 he has chalked up an amazing 838 hours, broken down as 688 duty hours doing first aid for events and 150 hours voluntary training, where Mr Howlett teaches others and completes administrative record keeping.

Mr Howlett told Medowie News Of The Area, “I am a self-motivated person that likes meeting and helping people by passing on the knowledge and skills that I have learnt over the years.”

Mr Howlett combined his paid employment with volunteering for many years, exclusively telling part of his volunteering story to Medowie News Of The Area, “On my days off and after work I was able to do my St John volunteering.”

“When I left the ambulance service I went into the mines as an underground mine bricklayer and then became a volunteer rescue person with Newcastle Mines Rescue which gave me more flexibility for time.”

“After the recovery of the West Wallsend incident I was invited to join the permanent Mines Rescue as an employee.”

“I gained my deputy’s ticket and continued with my voluntary work.”

St John Ambulance is always on the lookout for volunteers. For more information, go to www.stjohnnsw.com.au or call 1800 451 331. 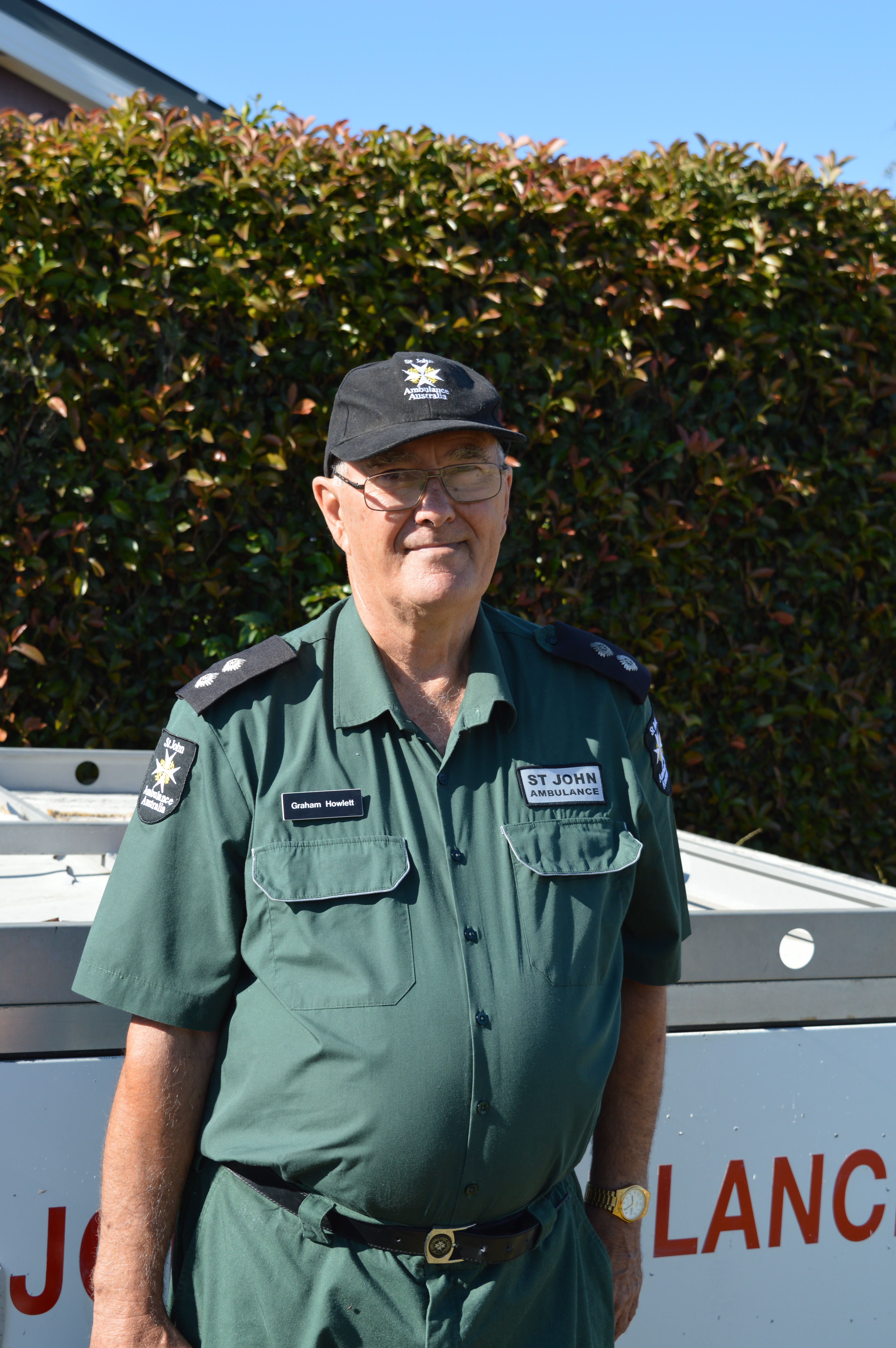