Myall Lakes MP Stephen Bromhead said the NSW Government has announced an official State fossil emblem for NSW, to recognise the rich scientific heritage that lies beneath our feet. 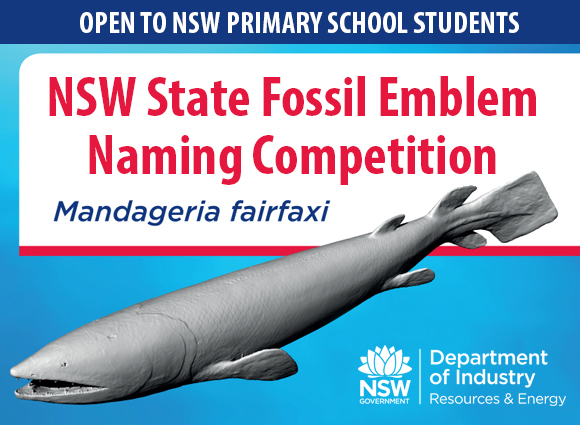 Mr Bromhead said the Division of Resources and Energy is running a competition for NSW primary school children to ‘nickname’ the fossil, with entries closing on Friday 18 September.

“The 370 million year old fish, with the scientific name Mandageria fairfaxi, is unique to NSW and is one of the largest fish fossil finds in the world,” Mr Bromhead said.

“The specimen that was found measured up to 1.7 metres in length and featured a movable neck that marked a critical stage in vertebrate evolution.

“It was found in a 1993 excavation near Canowindra in the central west of NSW.

“This fossil was located in what was a former billabong that suddenly dried up approximately 370 million years ago, preserving thousands of fish fossils from the Late Devonian period.”

Mr Bromhead said Mandageria Fairfaxi was named after a local creek and commemorates the contribution of publisher James Fairfax in supporting research into the fossil fish.

“By raising awareness of fossils and the State’s unique geological history, geo-tourism across regional NSW will be boosted,” he said.

“Canowindra is now home to the Age of Fishes Museum, close to where the fossils were originally found 60 years ago and has become a tourism beacon for the region.

“I encourage our primary school students to come up with a good nickname and maybe follow in the footsteps of Sir David Attenborough.”

The Waratah remains the official NSW State Floral Emblem while the fossil joins the list of the other existing NSW State Emblems: